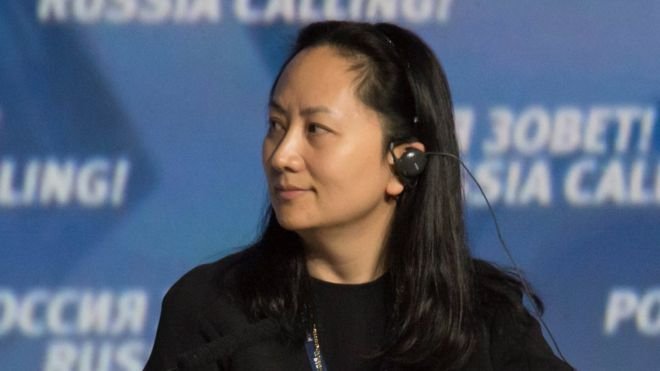 Canadian Prime Minister Justin Trudeau says his government had no involvement in the arrest of a top executive from Chinese telecoms giant Huawei.

Meng Wanzhou, Huawei’s chief financial officer and the daughter of its founder, was detained at Vancouver airport on a US extradition request.

China has demanded her release, calling the arrest a human rights violation.

The charges have not been made public. Huawei said it was “not aware of any wrongdoing by Ms Meng”.

She faces a bail hearing on Friday.

The arrest comes at a sensitive time for US-China relations. The nations are locked in a trade war that has seen both impose duties on billions of dollars of one another’s goods.

Ms Meng was detained on Saturday, the same day US President Donald Trump and China’s President Xi Jinping met at the G20 summit in Argentina and later reached a temporary truce in their trade battle.

But the arrest has angered China and threatens to inflame tensions with the US.

Earlier reports suggested that Ms Meng’s arrest could be related to a US investigation into a possible violation of sanctions against Iran.

US National Security Adviser John Bolton declined to comment on this when questioned by journalists.

Instead he said that – generally speaking – he had “enormous concerns” over Chinese firms’ business practices and their possible operations as “arms” of the government.

Ms Meng is the company’s chief financial officer and the founder’s daughter.

Huawei is one of the largest telecommunications equipment and services providers in the world, recently passing Apple to become the second-biggest smartphone maker after Samsung.

The details of the charges against Ms Meng remain unknown after she sought a publication ban, which was granted by the Canadian judge.

Her arrest was not revealed by the Canadian authorities until Wednesday, the day when she had her first court appearance.

Speaking to reporters in Montreal, Mr Trudeau said his government was told about the arrest a few days beforehand, but it did not play a role.

“I can assure everyone that we are a country [with] an independent judiciary,” he said.

Some Western governments fear Beijing will gain access to fifth-generation (5G) mobile and other communications networks through Huawei and expand its spying ability, although the firm insists there is no government control.

US lawmakers have repeatedly accused the company of being a threat to US national security.

Japan is expected to ban government use of products made by Huawei and ZTE, local media reported on Friday, over cybersecurity concerns. It would follow moves by New Zealand and Australia to block Huawei.

Without making specific reference to Huawei, US Security Adviser Mr Bolton said his country had “enormous concerns for years” about the practice of Chinese firms “to use stolen American intellectual property, to engage in forced technology transfers, and to be used as arms of the Chinese government’s objectives in terms of information technology in particular”.

“We have made solemn representations to Canada and the US, demanding that both parties immediately clarify the reasons for the detention, and immediately release the detainee to protect the person’s legal rights.”

The company also said in a letter to suppliers: “We believe it is unreasonable of the US government to use these sorts of approaches to exert pressure on a business entity. They are against the spirit of free economy and fair competition.”