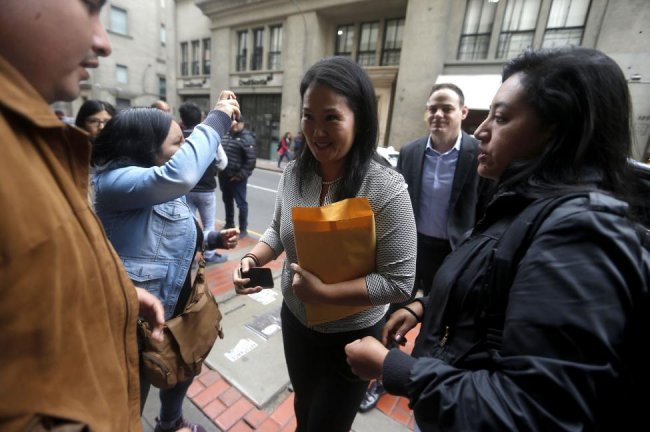 Like Fujimori, who was ordered last week to prison pending her trial, Villanella faces charges related to the misuse of campaign contributions, which prosecutors say were illegally obtained.

In January, Perez inspected property south of Lima acquired by Villanella with a real market value at over half a million dollars, Expreso reported at the time.

Peruvian authorities suspected he used illegally-obtained funds to buy the land, while also undervaluing the property.

Villanella was born in New Jersey and acquired Peruvian citizenship in 2009.

former President Pedro Pablo Kuczynski resigned in March amid probes related to the pardon of Fujimori, who was sentenced 25 years for crimes committed by death squads during his leadership.

Villanella and Keiko Fujimori married in 2004.

US and Colombia vow to cut coca production