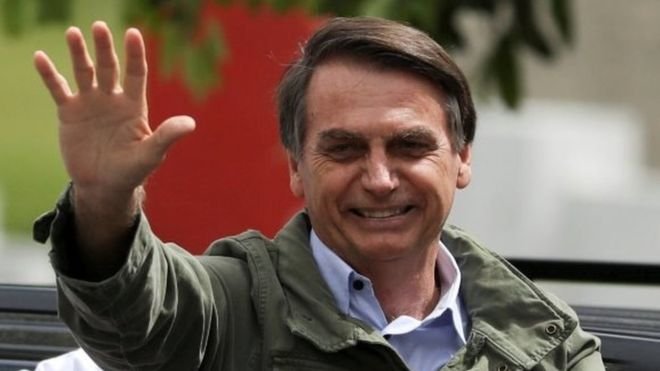 Mr Bolsonaro won 55.2% of the votes cast against 44.8% for Fernando Haddad from the left-wing Workers’ Party, the Brazilian electoral authority reported.

Mr Bolsonaro campaigned on a promise to eradicate corruption and to drive down Brazil’s high crime levels.

The election campaign has been deeply divisive. Each camp argued that victory for the other could destroy Brazil.