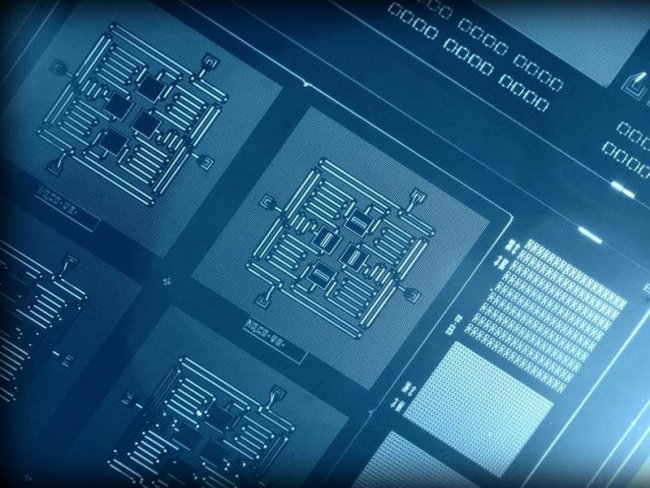 For many years, quantum computers were not much more than an idea. Today, companies, governments and intelligence agencies are investing in the development of quantum technology. Robert König, professor for the theory of complex quantum systems at the TUM, in collaboration with David Gosset from the Institute for Quantum Computing at the University of Waterloo and Sergey Bravyi from IBM, has now placed a cornerstone in this promising field.

Why should quantum computers be faster?

Conventional computers obey the laws of classical physics. They rely on the binary numbers 0 and 1. These numbers are stored and used for mathematical operations. In conventional memory units, each bit — the smallest unit of information — is represented by a microscopic dot on a microchip. Each of these dots can hold a charge that determines whether the bit is set to 1 or 0.

In a quantum computer, however, a bit can be both 0 and 1 at the same time. This is because the laws of quantum physics allow electrons to be in multiple places at one time. Quantum bits, or qubits, thus exist in multiple overlapping states. This so-called superposition allows quantum computers to perform operations on many values in one fell swoop whereas a single conventional computer typically must execute these operations sequentially. The promise of quantum computing lies in the ability to solve certain problems significantly faster.

From conjecture to proof

König and his colleagues have now conclusively demonstrated the advantage of quantum computers. To this end, they developed a quantum circuit that can solve a specific “difficult” algebraic problem. The new circuit has a simple structure: it only performs a fixed number of operations on each qubit. Such a circuit is referred to as having a constant depth. In their work, the researchers prove that the problem at hand cannot be solved using classical constant-depth circuits. They furthermore answer the question of why the quantum algorithm beats any comparable classical circuit: The quantum algorithm exploits the non-locality of quantum physics.

Prior to this work, the advantage of quantum computers had neither been proven nor experimentally demonstrated — notwithstanding that evidence pointed in this direction. One example is Shor’s quantum algorithm, which efficiently solves the problem of prime factorization. However, it is merely a complexity-theoretic conjecture that this problem cannot be efficiently solved without quantum computers. It is also conceivable that the right approach has simply not yet been found for classical computers.

A step on the road to quantum computing

Robert König considers the new results primarily as a contribution to complexity theory. “Our result shows that quantum information processing really does provide benefits — without having to rely on unproven complexity-theoretic conjectures,” he says. Beyond this, the work provides new milestones on the road to quantum computers. Because of its simple structure, the new quantum circuit is a candidate for a near-term experimental realization of quantum algorithms.

The results have fallen on fertile ground in Munich: A globally acclaimed quantum technology research focus has been established here in recent years, with a new research building for quantum research under construction at the TUM in Garching. In September the TUM, together with the Ludwig-Maximilians-Universität München (LMU), was awarded the contract for the Cluster of Excellence Munich Center for Quantum Science and Technology (MCQST).

Materials provided by Technical University of Munich (TUM). Note: Content may be edited for style and length.