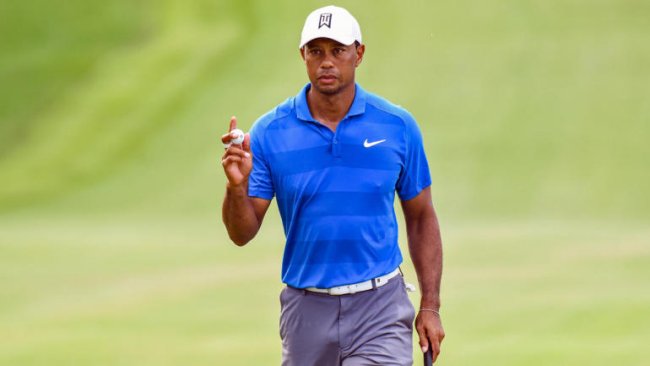 It marks a remarkable return to the top for Woods, who was ranked world number 1,199 less than a year ago after having spinal fusion surgery.

Rose birdied the 18th at East Lake for a 73 to seal the top-five finish he needed to win the $10m bonus on offer as FexEx Cup champion.

“I had a hard time not crying on the last hole,” Woods told NBC. “I had to suck it up and hit some shots. Once I got the ball on the green, it was done. I could handle it from there.”

The 14-time major champion’s last tournament victory was in August 2013 in the WGC Bridgestone Invitational.

“It was just a grind out there,” Woods added. “I loved every bit of it, the fight, the grind and the tough conditions. I had to suck it up and hit the shots.

“At the beginning of the year, it was a tall order but as the year progressed and I proved I could play, I knew I could do it again.”

He came into the final day of the tournament – the last of four FedEx Cup play-off events – with a three-shot lead over Rose and Northern Ireland’s Rory McIlroy, who faded from contention with a four-over 74 to finish on five under in tied seventh.

Woods birdied his first hole – one of two birdies and three bogeys – with his place at the top of the leaderboard in little danger during the final round.

The win for Woods, who is part of the United States team for next week’s Ryder Cup in France, means he is now two short of Sam Snead’s all-time PGA Tour title record of 82.

It comes less than a year since Woods said he might never return to competitive golf following multiple back operations.

In April 2017 he had his third surgery in 19 months to try and cure pain in his back and leg.