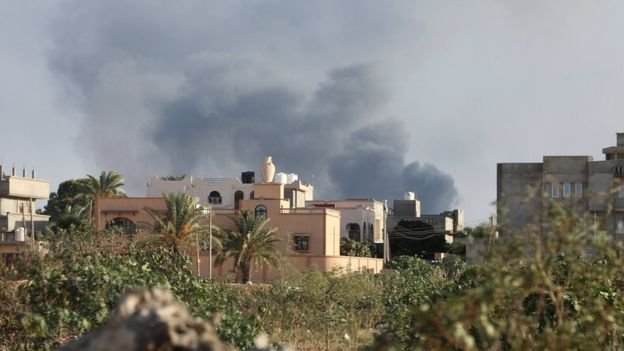 Some 400 prisoners have escaped from a facility near the Libyan capital Tripoli amid deadly violence between militia groups in the city, police say.

“The detainees were able to force open the doors and leave” the Ain Zara prison, the police said.

They added that guards, fearing for their lives, were unable to prevent the incident, AFP news agency reports.

Clashes between militias in the city have led Libya’s UN-backed government to declare a state of emergency.

Many of the prisoners held at the Ain Zara facility in south-east Tripoli were reportedly supporters of the late Libyan leader Muammar Gaddafi, and had been found guilty of killings during the uprising against his government in 2011.

Yemen’s president travels to US for medical tests