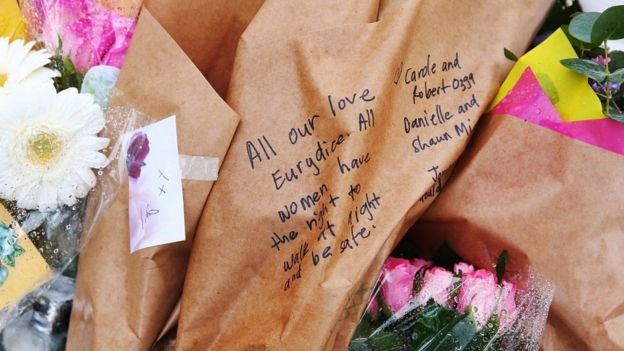 Ms Dixon, 22, died as she walked home after performing in Melbourne. A 19-year-old man has been charged with her rape and murder.

The level of public grief has generated a wider debate about safety for women.

On Monday crowds of people clutching candles gathered at the park in inner Melbourne where her body was found.

Organisers of the “Reclaim Princes Park vigil” wrote on Facebook: “We all should be able to walk home, whenever we want, wherever we want, and assume we will make it home safe.

“It is not up to us [women] to keep ourselves safe when we know it’s up to men to choose not to inflict violence upon us.”

Although not widely known, Ms Dixon has been remembered as a talented comedian at the start of her career.

Crowds were also scheduled to attend vigils in Sydney, Adelaide, Perth and Hobart.

Mr Dixon’s accused killer, Jaymes Todd, is scheduled to face a court in October. The pair did not know each other, according to police.

Sometime before the alleged attack, Ms Dixon reportedly sent a text message to a friend saying: “I’m almost home safe, HBU [how about you].”

Some at the vigils also expressed solidarity with Qi Yu, a Chinese woman who disappeared from her home in Sydney on 8 June.

Police have charged a 19-year-old man with her murder.

Australia’s human rights commission has said that the country has “a disturbingly high rate of violence against women”.

According to government figures, one in five women, and one in 20 men, have experienced sexual violence or threats since the age of 15.

Last week, a police message that warned women to “be aware of your surroundings” was widely criticized. Many people likened the language to victim-blaming.

“We weren’t about victim-blaming and we certainly agree, absolutely, that women and men… should have the right to walk around public spaces when they want to walk around them, and do so safely,” he said on Monday.

Early on Monday vandals left offensive paint markings next to a makeshift memorial of flowers and letters in Princes Park.

Mr Ashton called the vandalism “shocking” and said it would be investigated.

“What we must do as we grieve is ensure that we change the hearts of men to respect women,” he said in parliament.

Stars with the worst personal hygiene