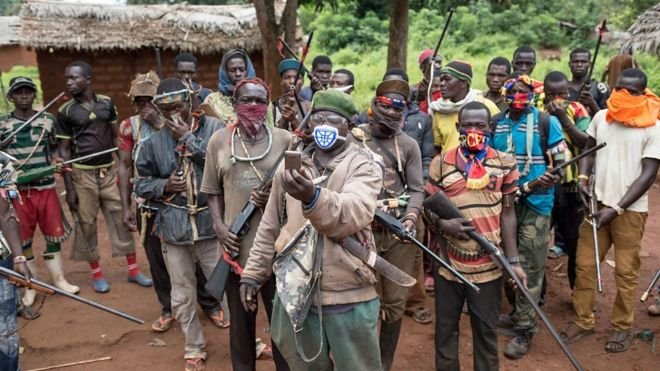 A Catholic bishop in the Central African Republic (CAR) has given refuge to 2,000 Muslim refugees who are living in fear of attacks from a mainly Christian militia.

Juan José Aguirre Munoz says that the refugees cannot leave the seminary’s compound in the south-eastern city of Bangassou.

He told the BBC that the refugees “risk death” from anti-Balaka militias.

Stephen O’Brien said that violence was escalating and the situation becoming dire in the country.

“Violence is intensifying, risking a repeat of the devastating destructive crisis that gripped the country four years ago.”

He added that: “The early warning signs of genocide are there. We must act now.”

CAR has experienced sectarian violence since 2013, when the largely Muslim Seleka rebels seized power, and were accused of killing non-Muslim civilians.

The anti-Balaka “self-defence” groups were then formed but have also been accused of atrocities.