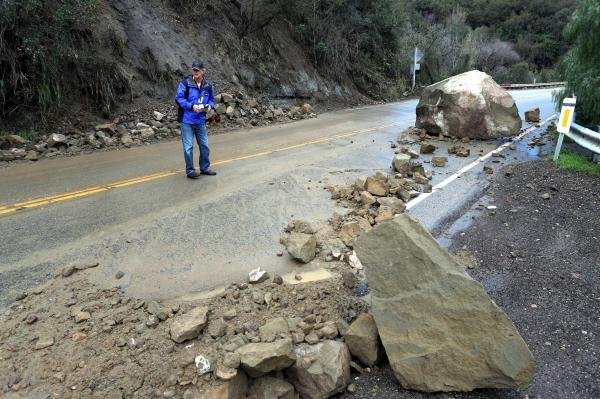 California Gov. Jerry Brown on Monday requested federal assistance for most of the counties of his state, which are experiencing with flooding, overflowing creeks and damaged roads due to weeks of rain.

Brown declared a state of emergency in 50 of California’s 58 counties to request immediate help from the Federal Highway Administration and Office of Emergency Services to help counties start clearing and repairing damage caused by flooding, mudslides, erosion and debris on roads and highways.

“It’s been a heck of a few days,” Dan Gregoria, a forecaster at the National Weather Service, told the San Diego Union Tribune. “We’ve had everything from falling trees to creeks overrunning their banks. This has had a big impact on Southern California.”

In San Diego County, flooding from the Santa Margarita River and overflowing creeks throughout the region have caused flooding, making some roads impassable and knocking power out in many neighborhoods. Two people have already been declared dead there, one, a man pulled from a swollen creek and the other, a woman swept out into the ocean off cliffs in Ocean Beach.

“I’ve been here 15 years and have actually watched cars get washed off the road while they try to cross,” said Rick Uhler, who lives near the creek where the man was pulled from an overturned car. “It was the worst I’ve ever seen. This is a tragedy.”

Roads and highways farther north in Central Coast — the San Joaquin Valley and Bay Area also were mentioned in Brown’s emergency orders — and several northern counties that have been pounded by rain since early January also were included in the proclamations of emergency.

Forecasters said it appeared the storm system was dissipating on Monday, with far less rain expected Tuesday before drying out on Wednesday.