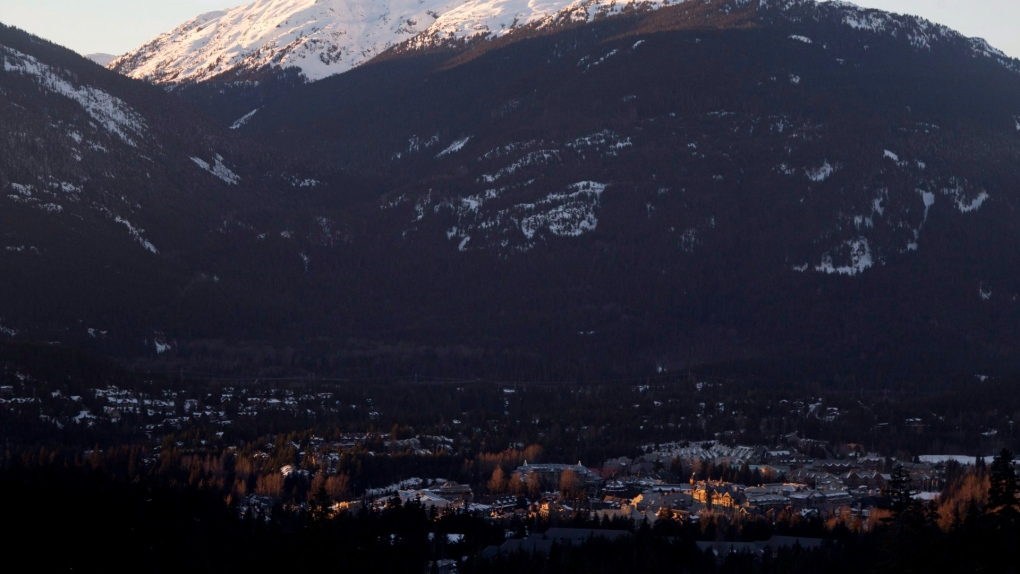 Two people have died and two have been arrested after a brazen daylight shooting outside of a Whistler, B.C., hotel, according to police.

In a news release Sunday evening, the Whistler RCMP provided an update on the fatal shooting.

“One person died at the scene, and the second succumbed to injuries while at the Whistler Medical Clinic,” the statement says.

“The incident happened in the village area out in the open. The police have not yet determined if this incident and a recently located burned car are related, or if they are related to ongoing gang conflict.”

B.C.’s Integrated Homicide Investigation Team has been called in and also confirmed there were two people killed. No information has been released about the victims or the suspects.

“I’m confident with the work done by our investigators that there remains no risk to community safety,” wrote RCMP Insp. Robert Dyskstra.

In an earlier statement, the detachment only said they were called to the scene around 12:20 p.m. for reports of shots fired – providing no information on injuries, suspects, or fatalities but saying “there is no ongoing risk to public safety.”

Images posted on Twitter show a bloody body on the sidewalk and another in the street, and numerous users reported hearing shots fired or being asked to shelter in place.

Whistler Blackcomb said it would close for the rest of the day “out of respect for all of those impacted, and our guests and team members.”

Earlier in the afternoon, the resort tweeted that an “incident” in the village prompted it to put the Fitzsimmons Express chairlift and the Whistler Village Gondola on standby Sunday afternoon.

“Our teams have resumed operations temporarily to allow guests to download the mountains and leave safely,” Whistler Blackcomb said at 3 p.m.

“We are shocked and deeply saddened by this senseless act of violence, and we stand in support of our community.”

BC Emergency Health Services declined to provide any details on the ambulance response to the scene because of “the nature of the incident.”

The paramedic service referred all questions to BC RCMP.

The Resort Municipality of Whistler said in its own tweet shortly before 3 p.m. that “there is no danger to the public” and police are investigating. It asked residents and visitors to “avoid the delineated area in Skier’s Plaza.”

The RCMP have cleared the Whistler area of any imminent danger from today’s incident. Out of respect for all of those impacted, and our guests and team members, we will be closing for the rest of the day, effective immediately. (1/2)

Related Topics:CanadaWhistlerWhistler Medical Clinic
Up Next