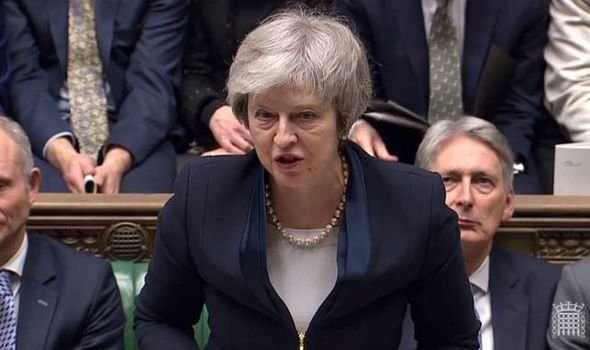 British Prime Minister Theresa May’s Brexit deal has been rejected by 230 votes – the largest defeat for a sitting government in history.

MPs voted by 432 votes to 202 to reject the deal, which sets out the terms of Britain’s exit from the EU on 29 March.

Labour leader Jeremy Corbyn has now tabled a vote of no confidence in the government, which could trigger a general election.

The confidence vote is expected to be held at about 1900 GMT on Wednesday.

The defeat is a huge blow for Mrs May – who has spent more than two years hammering out a deal with the EU.

The plan was aimed at bringing about an orderly departure from the EU on 29 March, and setting up a 21-month transition period to negotiate a free trade deal.

The vote was originally due to take place in December, but Mrs May delayed it to try and win the support of more MPs.

The UK is still on course to leave on 29 March but the defeat throws the manner of that departure – and the timing of it – into further doubt.

MPs who want either a further referendum, a softer version of the Brexit proposed by Mrs May, to stop Brexit altogether or to leave without a deal, will ramp up their efforts to get what they want, as a weakened PM offered to listen to their arguments.

The Brexit debate has cut across traditional party lines.

Some 118 Conservative MPs – from both the Leave and Remain wings of her party – voted with the opposition parties against Mrs May’s deal.

The most controversial sticking point was the issue of the Northern Irish backstop – the fallback plan to avoid any return to physical border checks between the country and Ireland.

Mrs May had hoped new assurances from EU leaders this week, saying the backstop would be temporary and, if triggered, would last for “the shortest possible period”, would help her garner more support.

But in the debate leading up to the vote, members from all sides of the House said the move did not go far enough.

In normal times, such a crushing defeat on a key piece of government legislation would be expected to be followed by a prime ministerial resignation.

But Mrs May signalled her intention to carry on in a statement immediately after the vote.

“The House has spoken and this government will listen,” she told MPs.

She offered cross-party talks to determine a way forward on Brexit, if she succeeded in winning the confidence vote.

Former foreign secretary and leading Brexiteer Boris Johnson said it was a “bigger defeat than people have been expecting” – and it meant Mrs May’s deal was now “dead”.

But he said it gave the prime minister a “massive mandate to go back to Brussels” to negotiate a better deal, without the controversial Northern Ireland backstop.

And he said he would back Mrs May in Wednesday’s confidence vote.

Labour MP Chuka Umunna said that if his leader did not secure a general election, Mr Corbyn should do what the “overwhelming majority” of Labour members want and get behind a further EU referendum.

Lib Dem leader Sir Vince Cable, who also wants a second referendum, said Mrs May’s defeat was “the beginning of the end of Brexit” – but conceded that campaigners would not get one without Mr Corbyn’s backing.

Scotland’s First Minister Nicola Sturgeon said Mrs May had suffered “a defeat of historic proportions” and called again for the Article 50 “clock to be stopped” in order for another referendum to take place.

“We have reached the point now where it would be unconscionable to kick the can any further down the road,” she said.

However, government minister Rory Stewart said there was no majority in the Commons for any Brexit plan, including another referendum.