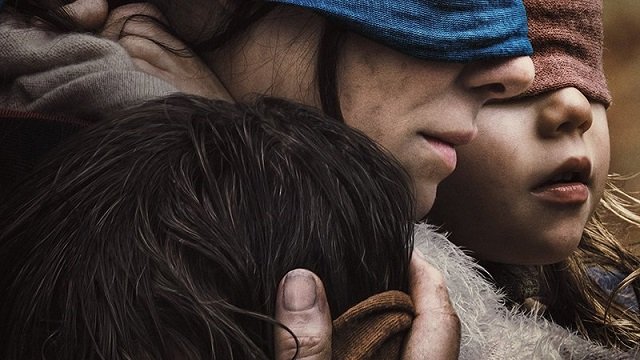 Police in the US state of Utah have taken the unusual step of urging residents not to drive blindfolded after an online challenge inspired by a horror film led to a crash.

A teenager with her hat over her eyes drove into oncoming traffic in the city of Layton while taking part in the so-called “Bird Box Challenge”.

The craze has come from the Netflix film Bird Box, starring Sandra Bullock.

Last week Netflix warned fans not to attempt the challenge.

This week the same advice came from Layton police department.

“It’s just inexcusable to do something as dangerous as this, not only to yourself but everyone else on the road,” said police Lt Travis Lyman, quoted by KSL.com.

He said it was a warning he never thought he would have to give – don’t drive while blindfolded.

Bird Box Challenge while driving…predictable result. This happened on Monday as a result of the driver covering her eyes while driving on Layton Parkway. Luckily no injuries. pic.twitter.com/4DvYzrmDA2

The 17-year-old driver, her 16-year-old passenger and the occupants of the other car all escaped serious injury.

However, police have requested that the driver be charged with reckless driving, Lt Lyman said.

In the film, Bullock plays a mother of two young children who constantly wears a blindfold to avoid seeing mysterious forces that compel people to take their own lives.

She tries to guide her children – referred to as Boy and Girl – to safety along a treacherous river and through a dense forest, all without being able to see.

The film inspired some fans to set up #BirdBoxChallenge, leading to people running into walls or coming dangerously close to traffic.

Netflix tweeted a warning on 2 January, saying: “Can’t believe I have to say this, but: PLEASE DO NOT HURT YOURSELVES WITH THIS BIRD BOX CHALLENGE. We don’t know how this started, and we appreciate the love, but Boy and Girl have just one wish for 2019 and it is that you not end up in the hospital due to memes.”

Trump denies he ever worked for Russia

FBI checked if Trump was working for Russia