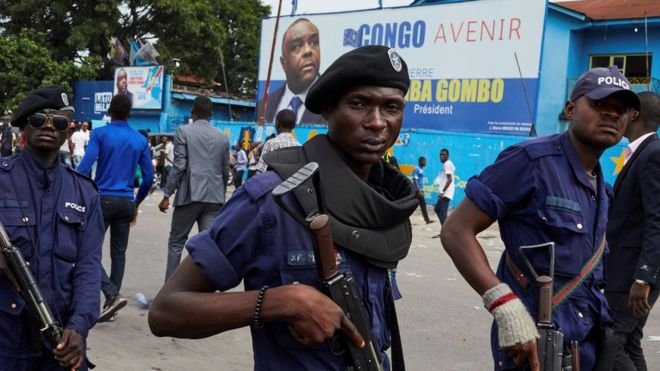 An opposition presidential candidate in the Democratic Republic of Congo has filed an appeal against the result of last month’s election.

Martin Fayulu insists he won the vote and has demanded a manual recount, but the electoral commission declared rival Felix Tshisekedi the winner.

Announcing the appeal, Mr Fayulu’s lawyer Feli Ekombe said, quoted by AFP: “The petition demands the annulment of the results proclaiming Felix Tshisekedi president of the republic. It was introduced yesterday [Friday].”

On Saturday, Mr Fayulu repeated that the result did not reflect “the truth of the ballot boxes”.

The electoral commission also said the pro-Kabila coalition had won a majority of parliamentary seats.

Several Western governments and the influential Roman Catholic Church in DR Congo have expressed surprise and concern at the declared results.

Mr Kabila has been in office for 18 years and the result, if confirmed, would create the first orderly transfer of power since independence from Belgium in 1960.

Dozens of Fayulu supporters had gathered outside his residence in the capital, Kinshasa, to chant slogans against Mr Kabila and Mr Tshisekedi.

However they fled inside the building when the security forces arrived on Saturday, Reuters news agency reports.

“I will do whatever is possible for me to do to get the truth because the Congolese want change,” he said.

Mr Fayulu admitted such a challenge would have little chance of success as the court was “composed of Kabila’s people” but he said he did not want to give his opponents any chance to say he had not followed the law.

“Felix Tshisekedi has been nominated by Mr Kabila to perpetuate the Kabila regime. Because today the boss is Kabila,” Mr Fayulu said.

“Mr Kabila cannot stay and make an arrangement with someone who will not have any power… Mr Tshisekedi knows himself that he did not win.”

Mr Fayulu said he feared there would be violence if the electoral commission did not give the true figures “polling station by polling station” and that it was the right of all Congolese to demonstrate according to the law.

Thousands of supporters of Mr Tshisekedi took to the streets to celebrate but those who backed Mr Fayulu also came out in protest.

Violent scenes were reported in Kikwit, where at least two policemen and two civilians were said to have been killed.

There were reports of several hundred students protesting against the result and being dispersed by tear gas in the town of Mbandaka.

Protests were also reported in Kisangani but the south, where Mr Tshisekedi has broad support, was mainly celebrating.

UN Secretary General Antonio Guterres has urged all sides “to refrain from violence” and widespread unrest has not yet been reported.

What was the result of the election?

According to the National Electoral Commission (Ceni), Mr Tshisekedi received 38.5% of the vote in the 30 December election.

The full results were:

Turnout was reported to be 48%.