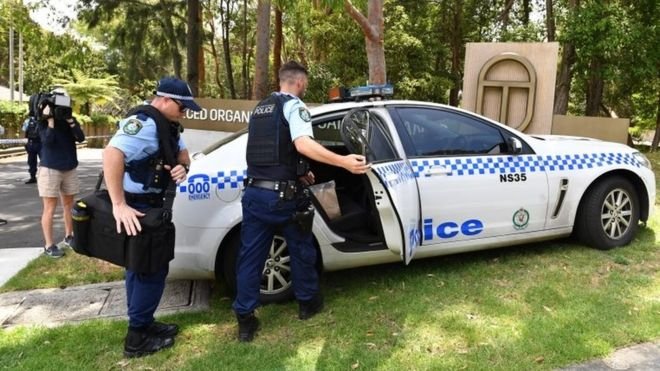 A 16-year-old has been arrested after a man was stabbed to death and another injured at a Church of Scientology complex in Sydney, Australia.

The violence on Thursday followed a “domestic incident” that took place a day earlier, according to authorities.

Police said both victims were church employees. The man who died was believed to be aged 24 and from Taiwan.

The Church of Scientology said it was providing the police with any assistance needed in the investigation.

“We cannot make any further comment beyond the fact that the victim was a beloved member of our Church,” the church’s liaison office in Australia said in a statement.

The stabbings allegedly took place in a driveway about 12.30 local time (01.30 GMT) after the boy was asked to leave.

He had dropped a 25cm (10in) knife after being confronted by officers with Tasers, said New South Wales Police.

Chief Insp Simon Jones said the alleged attacker was “of Asian descent” and had had a “lawful reason” to be at the headquarters.

Staff had asked him to leave “solely” because of Wednesday’s incident, the policeman said, adding he would not elaborate further.

The 24-year-old man died in hospital from a single wound to his neck. The other man, aged about 40, appeared to have superficial injuries.

The 13,500 square metre property in Sydney’s north is the largest Scientology centre outside the US, the Australian Broadcasting Corporation reported.