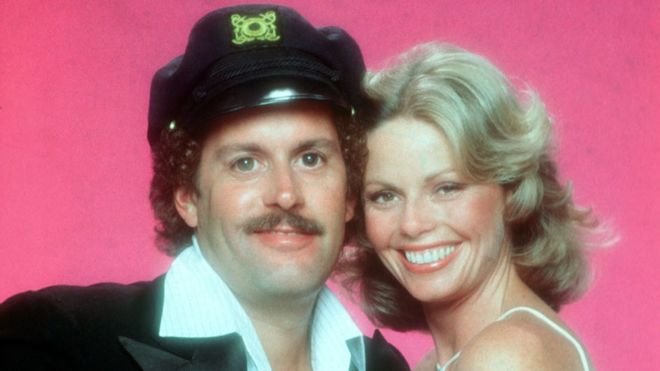 Brian Wilson of the Beach Boys had led tributes to Daryl Dragon, the singer and pianist who achieved fame as half of musical duo Captain & Tennille.

Wilson said Dragon, who has died in the US aged 76, was “a great guy and a hell of a musician and keyboard player”.

Dragon and wife Toni Tennille were best known for Love Will Keep Us Together, which topped the US charts in 1975.

Singer Neil Sedaka, who wrote the song, remembered him on Twitter as “a great musician and friend for over 40 years.”

#RIP Daryl Dragon, The Captain, a great musician, keyboard player and friend for over 40 years. He took “Love Will Keep Us Together”, made it his own with the magic of his playing and her incredible voice. My sympathy to his family and to @ToniTennille. pic.twitter.com/43om2JnISG

“What a talent,” wrote singer Lisa Loeb. “We still listen to his music all the time.”

According to his publicist, US-born Dragon died of kidney failure in Prescott, Arizona on Wednesday.

Tennille, who married Dragon in 1975, said he was “a brilliant musician with many friends who loved him greatly”.

“I was at my most creative in my life, when I was with him,” she said in a statement.

The couple divorced in 2014 but remained friends.

Dragon was a classically trained pianist but preferred to play blues and boogie music.

He played with Fats Domino and BB King and was a back-up keyboard player for the Beach Boys in the 1960s and early 1970s.

Dragon earned his stage name from his habit of wearing a ship captain’s hat while performing.

After teaming up with Tennille, their other hits included Muskrat Love in 1976 and Do That to Me One More Time in 1980.

They were also the first act to record I Write The Songs, which was later a hit for David Cassidy and Barry Manilow.