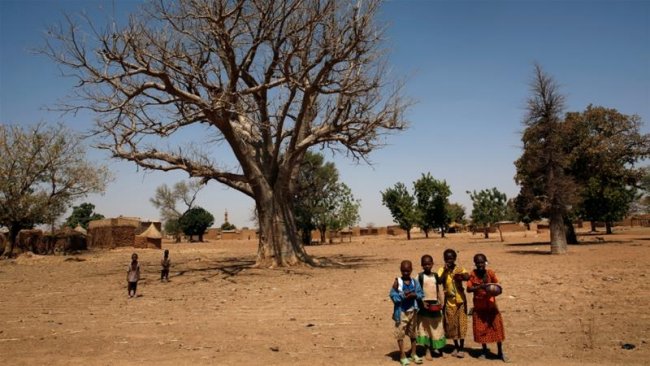 Thirteen civilians have been killed in ethnic violence in central Burkina Faso, the government said on Wednesday, echoing a rise in inter-communal conflicts in neighbouring Mali.

The following day, Yirgou villagers – whom largely belong to the Mossi ethnic group – attacked a nearby camp of Fulani nomadic herders, killing seven people in an apparent retaliation, said Badoun. Yirgou residents blamed the herders for sheltering the men who attacked them the day before.

Abdoulaye Pafadnam, mayor of Barsalogo district, said the victims were buried at nightfall on Tuesday, adding that the death toll may be higher than 13.

“A precarious calm has returned to the village, thanks to the presence of defense and security reinforcements,” said Pafadnam.

“A crisis committee has been set up to get everyone around the table to talk and avoid the worst,” he added.

The morning before the attack, Burkina Faso declared a state of emergency in provinces within seven of the country’s 13 administrative regions.

The move came four days after 10 gendarmes were killed near the Malian border in an attack claimed by Jama’at Nasr al-Islam wa al-Muslimin (JNIM), an umbrella group for al Qaeda-linked armed groups in the Sahara.

JNIM claimed responsibility for other attacks this year, including one in the capital Ouagadougou in March that killed about eight security agents and wounded dozens of others.

Burkina Faso, which lies in the heart of the Sahel, has seen a spike in attacks in recent months as armed groups seek to increase their influence across the vast area.

The region descended into lawlessness after chaos engulfed Libya in 2011, followed by armed attacks in northern Mali and the rise of Boko Haram in northern Nigeria.