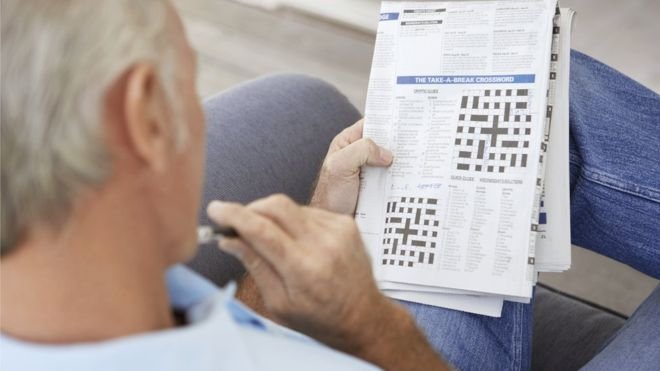 Doing crossword puzzles and Sudoku does not protect against mental decline, according to a new study.

The idea of “use it or lose it” when it comes to our brains in later life has previously been widely accepted.

But a new Scottish study suggests it has no effect on mental decline.

Instead, regularly doing intellectual activities throughout life might boost mental ability and provide a “higher cognitive point” from which to decline, say the researchers.

This study published in the BMJ was undertaken by Roger Staff at Aberdeen Royal Infirmary and the University of Aberdeen.

This current study started when they were about 64 years old and they were recalled for memory and mental-processing-speed testing up to five times over a 15-year period.

It found engagement in problem solving did not protect an individual from decline.

However, engaging in intellectually stimulating activities on a regular basis was linked to level of mental ability in old age.

The study looks at associations and cannot prove any causal link. Also, many of the participants were unable to complete the whole study – some dropped out, others died.

Previously, some studies have found that cognitive training can improve some aspects of memory and thinking, particularly for people who are middle-aged or older.

No studies have shown that brain training prevents dementia.

And last year a report from the Global Council on Brain Health recommended that people should take part in stimulating activities such as learning a musical instrument, designing a quilt or gardening rather than brain training to help their brain function in later life.

It said the younger a person started these activities, the better their brain function would be as they aged.

Dr David Reynolds, chief scientific officer at Alzheimer’s Research UK, said the research added to the “ongoing ‘use it or lose it’ debate”.

But as the research did not consider people with dementia, “we can’t say from these results whether specific brain training activities could impact a person’s risk of the condition”.

“In addition to staying mentally active, keeping physically fit, eating a healthy balanced diet, not smoking, drinking within recommended guidelines and keeping weight, cholesterol and blood pressure in check are all good ways to support a healthy brain as we get older.”

Ingestible Capsule Can Be Controlled Wirelessly