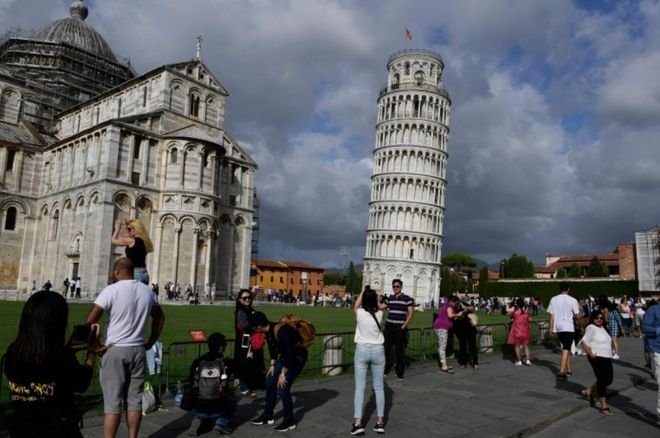 The Leaning Tower of Pisa is known worldwide for its precarious tilt – but now experts have revealed it’s going straight.

The tower’s Surveillance Group, which monitors restoration work, said the landmark is “stable and very slowly reducing its lean.”

The 57m (186ft) medieval monument has been straightened by 4cm (1.5in) over the past two decades, the team said.

“It’s as if it’s had two centuries taken off its age,” Professor Salvatore Settis explained.

Nunziante Squeglia, a professor of geotechnics at the University of Pisa who works with the surveillance team, added: “What counts the most is the stability of the bell tower, which is better than expected.”

Back in 1990, the tourist favourite was closed to the public for the first time in 800 years amid fears it could be on the verge of toppling. At the time, it was tilting by 4.5m from the vertical.

An international committee led by Prof Michele Jamiolkowski, a Polish expert, worked to stabilise it between 1993 and 2001.

The lean is as old as the tower itself, having crept in five years after construction began in 1173.

The layer of clay and sand the tower is built on is softer on the south side than the north – so by the time builders got to the third storey, shifting soil had unsettled its foundations.

And while engineers may ultimately take credit for rescuing the relic, visitors can rest assured it’s still available for the obligatory pictures…