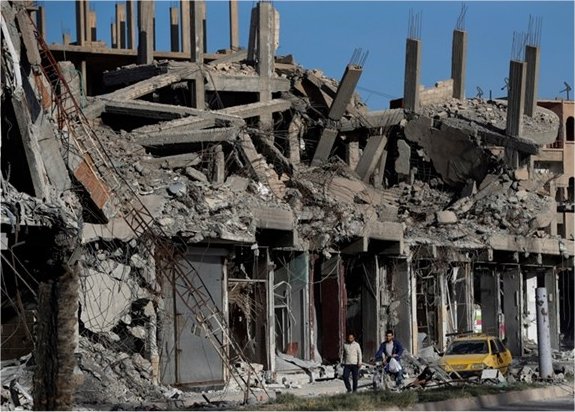 An offensive by U.S.-backed forces against the last redoubt of Daesh (ISIS) in eastern Syria killed 35 militants Saturday, a Britain-based war monitor said.

Twenty-eight Daesh members were killed in air strikes by the U.S.-led coalition around the town of Hajin, the Syrian Observatory for Human Rights said.

And a further seven militants were killed in ground fighting with the Syrian Democratic Forces, who launched a coalition-backed offensive against the Daesh-held pocket in the Euphrates valley last month.