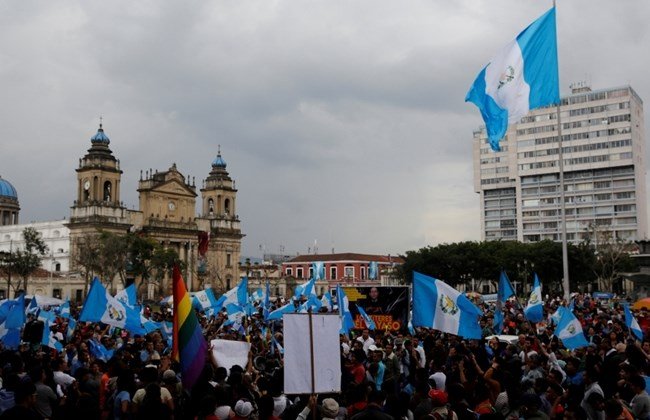 A Guatemalan court sentenced former Vice President Roxana Baldetti to more than 15 years in prison for involvement in a fraudulent state contract.

A U.N.-backed anti-corruption commission had accused Baldetti and 12 other people of conspiring to grant an $18 million contract to clean up Lake Amatitlan to Israel-based company M. Tarcic Engineering. Investigators determined that the company had used a substance that was merely water, salt and chlorine.

Judge Pablo Xitumul Tuesday imposed a sentence of 15 years and 6 months on the 55-year-old Baldetti for illegal association, fraud and influence trafficking. He called her “the big chief” of the plan.

Baldetti has consistently denied any wrongdoing.