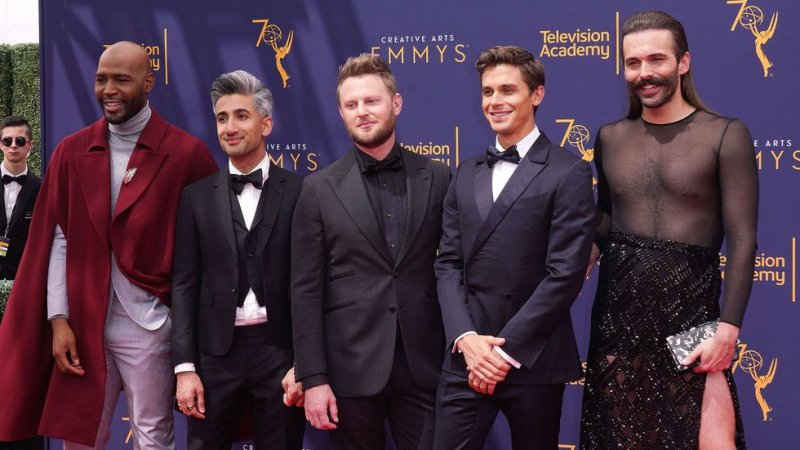 Netflix’s “Queer Eye” won the Emmy for Best Structured Reality Program, beating out “Shark Tank,” “Antiques Roadshow,” “Fixer Upper,” “Who Do You Think You Are?” and “Lip Sync Battle.”

“This show is so important, thank you for what this fab five are doing to help the LGBT movement,” creator and executive producer David Collins said while accepting the award, according to Deadline.

The original barrier-busting “Queer Eye for the Straight Guy,” which ran from 2003 to 2007, won the Emmy for Outstanding Reality Program in 2004.

The revival premiered in February, started its second season in June, and was renewed for a third season, which began filming this summer in Kansas City, Missouri, and will air next year.

The 70th annual Emmy Awards were handed out over the weekend at the Microsoft Theater in Los Angeles. A telecast of the awards will air Saturday night, September 15, on FXX.

Olivia Newton-John opens up about cancer

US rapper Mac Miller dead at 26