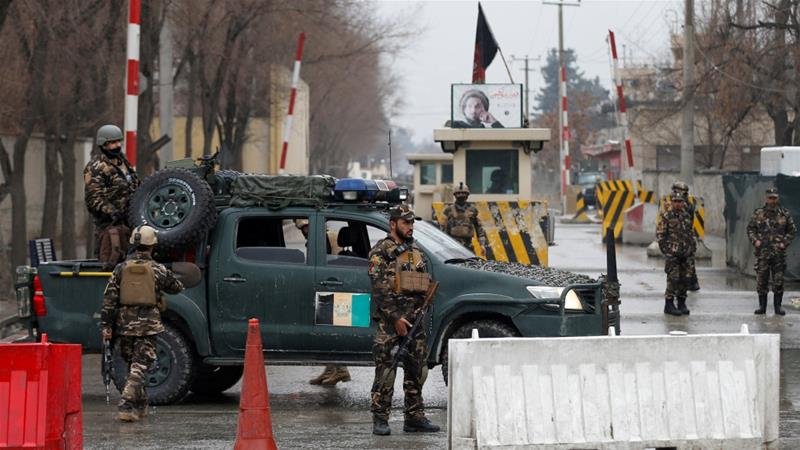 Nearly two dozen Afghan soldiers and three others have been killed in multiple attacks across the country.

At least 18 Afghan soldiers were killed on Saturday in the Bala Boluk district of western Farah province when Taliban fighters stormed an army checkpoint.

In the first attack in Helmand province, Taliban fighters used a Humvee to enter an army base in Nad Ali district but were identified by soldiers and pushed away. At least two soldiers were killed in the incident.

In a separate attack in the capital Kabul on Saturday morning, a bomber killed at least three people and himself near the diplomatic area of the city. The attack was later claimed by the Islamic State of Iraq and the Levant (ISIL, also known as ISIS) group.

According to Najib Danish, the ministry of interior spokesman, the suicide bombing took place in Kabul’s Shash Darak area, bordering the Green Zone.

The area is near the NATO headquarters, and is not far from the US embassy.

The ministry of interior also said six other people were wounded, two of whom are in critical condition.

“We’re also seeing an increase by the Americans in aerial bombings … on the Taliban and especially, ISIL,” he said.

“The equation is going from worse to worse. Every day, there’s a new story about bloodshed, death, and dying here.”

The Afghan army and US-led coalition forces continue to battle the Taliban for the control of areas in the country but the security situation has been deteriorating.

On January 21, the Taliban orchestrated a bloody siege at Kabul’s Inter-Continental Hotel that left at least 20 dead.

A few days later on January 24, ISIL fighters killed three people at the office of Save the Children, in the eastern city of Jalalabad.

On January 27, a Taliban attacker drove an ambulance filled with explosives in the heart of Kabul killing at least 103 people and wounding as many as 235. A day later, at least 11 soldiers were killed when gunmen attacked a military academy, also in Kabul.

US President Donald Trump has committed an additional 3,000 US troops to Afghanistan in recent weeks, bringing the total number of American troops in Afghanistan to about 14,000.

But the recent deadly attacks have raised questions over the US president’s strategy for winning the 16-year-long war.