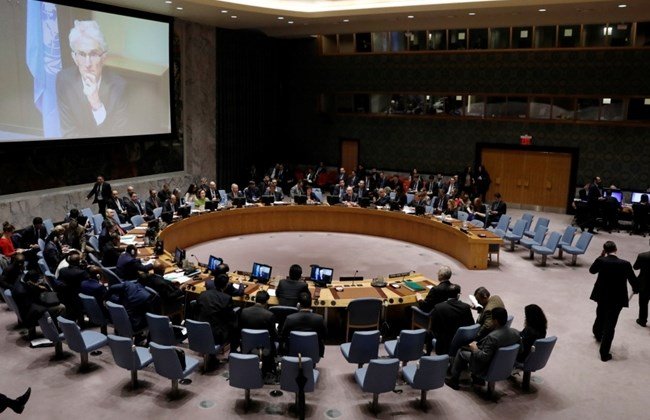 The U.N. Security Council will vote Friday at 4:00 p.m. local time, on a draft resolution demanding a 30-day ceasefire in Syria to allow for deliveries of humanitarian aid and medical evacuations, diplomats said.

A slightly amended text was circulated to council members, but it was unclear whether Russia would support the measure.

Russian Ambassador Vassily Nebenzia told a council meeting Thursday that there was “no agreement” on a truce and presented a new raft of amendments.

Negotiations on the draft have dragged on as hundreds of Syrians have died in a fierce government air campaign in the rebel-held enclave of Eastern Ghouta.

Sweden and Kuwait presented the proposed measure on Feb. 9.

The latest text softens language in a key provision to say that the council “demands” a ceasefire, instead of “decides”.

It also specifies that the ceasefire will not apply to “individuals, groups, undertakings and entities associated” with al-Qaeda and Daesh (ISIS). A previous version simply mentioned the two terror groups.

More than 400 people have been killed in the five-day assault by the government on Eastern Ghouta, where U.N. Secretary-General Antonio Guterres said 400,000 Syrians are living in “hell on earth.”