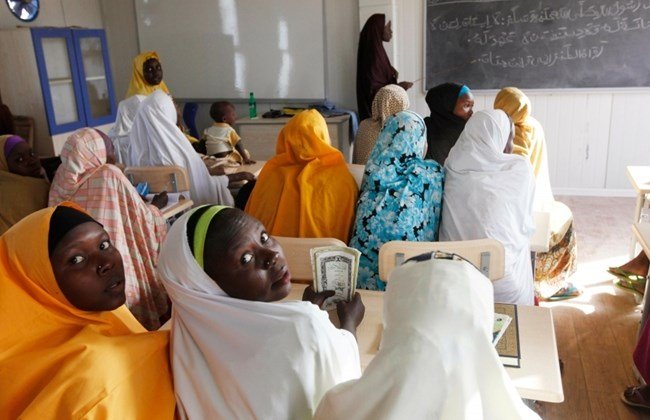 The Nigerian military rescued 76 schoolgirls and recovered the bodies of two others on Wednesday, after the students went missing during a Boko Haram attack on a village, three parents, a resident and a local government official told Reuters.

“Everybody is celebrating their coming with songs and praises to God almighty,” said Babagana Umar, one of the parents whose daughter had disappeared. “The only sad news is that two girls were dead and no explanation.”

The rescued girls were returned to the village of Dapchi late on Wednesday evening, Umar and other residents said.

At least 13 students may still be missing, and Reuters was unable to determine how the two girls died. Earlier on Wednesday, sources told Reuters that 91 people were unaccounted for after a roll-call at their school on Tuesday.

Police and state officials said on Wednesday that there was no evidence that the girls had been abducted, though the Yobe government later said in a statement that the military had rescued some of the students from Boko Haram.

Nigerian authorities often deny or downplay such incidents, including the Chibok girl kidnapping and more recent abductions, as well as the scale of Boko Haram attacks in the northeast.

Nigeria is still haunted by Boko Haram’s abduction of more than 270 schoolgirls from the town of Chibok in 2014. That case drew global attention to the nine-year insurgency, which has sparked what the United Nations has called one of the world’s worst humanitarian crises.

President Muhammadu Buhari dispatched his Foreign and Defense ministers on Wednesday to Yobe to investigate the situation, said Information Minister Lai Mohammed, who was also headed there. He declined to confirm whether any of the students were missing.

Parents and witnesses who told Reuters of the missing students spoke on condition of anonymity because they said they had been warned by Nigerian security and government officials not to disclose the disappearance.

The Boko Haram militants arrived in Dapchi on Monday evening in trucks, some mounted with heavy guns and painted in military camouflage, witnesses told Reuters.

They went directly to the school, shooting sporadically, sending students and teachers fleeing, the witnesses said, adding that some people had returned to Dapchi after spending the night hiding in the bush.

More than 20,000 people have been killed and 2 million forced to flee their homes in the northeast of Africa’s most populous nation since Boko Haram began its insurgency in 2009.

Of about 270 girls abducted from their school in Chibok in April 2014, about 60 escaped soon afterward and others have since been released after mediation. Around 100 are still believed to be in captivity.

Last month, Boko Haram released a video purporting to show some of the Chibok girls still in its custody, saying they do not wish to return home.

Aid groups have said that Boko Haram has kidnapped thousands more adults and children, many of whose cases have been neglected.