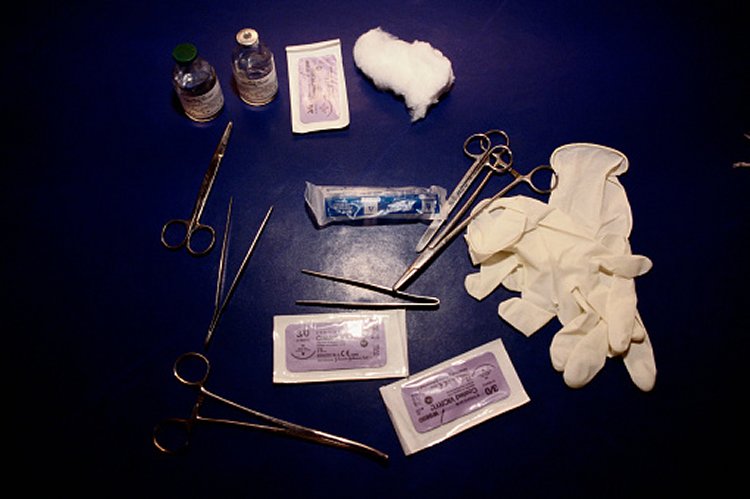 Iceland has recently been in the news after proposing a bill to ban non-medical circumcision.

If the proposals go ahead, it will mean that anyone carrying out the procedure (or electing to have it performed on their child) will receive up to six years in prison.

It’s been a controversial topic, with both sides presenting strong arguments.

As well as this, it’s got a lot of people asking questions about circumcision,, what it entails, and why people do it.

Male circumcision is the removal of the foreskin from the penis.

In some cases it’s performed because of health reasons (for example, if a man’s glans continually becomes inflamed) but more commonly it’s elective for religious reasons.

Circumcising boys is part of religious law in Judaism, and is also practiced in Islam and certain forms of Christianity. It’s also common in the United States and some parts of Asia and Africa.

In most procedures, the foreskin will be opened and separated from the glans. Sometimes a clamp will be used afterwards to prevent infection.

It’s estimated that around one-third of the world’s males are circumcised.

In certain parts of the world it’s actually recommended by the World Health Organisation, as it’s considered to reduce the risk of contracting HIV in areas of the world with high rates of the infection.

With elective circumcisions, it’s usually babies or young boys having the procedure, and in Jewish tradition it’ll be completed as early as eight days.

Iceland’s reasoning for potentially banning male circumcision is due to the fact that some procedures are performed without anaesthetic.

They say in the bill that it may be carried out ‘in homes that are not sterile, and not by doctors but by religious leaders. There is a high risk of infections under such conditions that may lead to death.’

Critics say that the bill is an attack on religious freedom, and banning circumcision could become something used against groups of people, exacerbating racial and religious tensions.

Religious groups have also come out say that child male circumcision is carried out in clean environments by trained professional, and that they staunchly defend the practice.

How to choose the right oil for the job