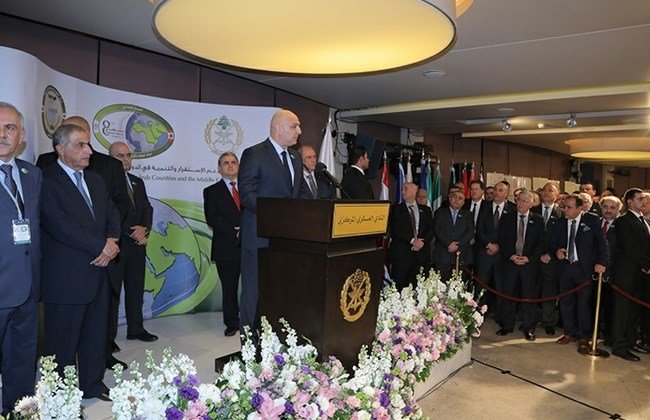 The Lebanese Army will respond to any Israeli aggression with all means, Army Commander Gen. Joseph Aoun said this week, affirming Lebanon’s right to invest its potential oil and gas wealth.

Speaking Monday during an event organized by the Army’s Research and Strategic Studies Center, Aoun’s comments came after Israeli claims of ownership in the Exclusive Economic Zone in Lebanese territorial waters.

Israel also began building a wall in the south along the Blue Line which prompted Lebanon to warn against it as it passes in disputed territories.

“The Israeli enemy recently initiated several threats and dangerous practices that impact Lebanon’s firm right in its oil wealth, particularly that in Block 9. This is in addition to their attempts at building a wall that might pass in Lebanese territories,” Aoun said.

He reiterated Lebanon’s refusal of any Israeli attempts to infringe on Lebanon’s sovereignty.

“The Army will use every possible mean to confront any Israeli aggression no matter what the sacrifices were,” Aoun told the attendees at the 8th Regional Conference titled “Reinforcing Stability and Development in Arab Countries and the Middle East”.