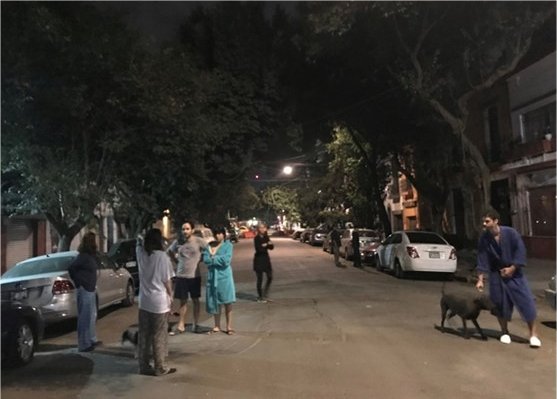 A magnitude 5.9 earthquake struck southern Mexico early on Monday, sending frightened residents into the streets as seismic alarms echoed across the capital, although there were no immediate reports of damage.

The tremor was strong enough to trigger earthquake alarms in Mexico City, more than 200 miles (320 km) away, but was shorter and less intense than one of Friday in the same area that damaged about 1,000 houses.

Many in Mexico City slept through the shaking. Residents who rushed into the streets when the alarms sounded quickly returned to their homes once the quake stopped.

“So far, no damage has been reported,” he said on Twitter.

Infrastructure, including installations of state oil company Pemex, were intact, he said.

Mexico has suffered a series of more powerful earthquakes in recent months, including two in September that together killed hundreds of people and brought buildings crashing down.