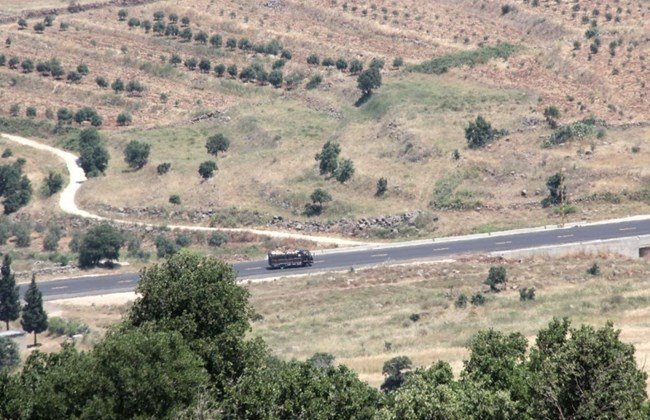 The Syrian Army killed one person and wounded others who were trying to enter Syria from Lebanon through an illegal border crossing, Syrian state media reported Saturday.

The report by the Syrian Arab News Agency said Syrian border guards “foiled an attempt by a terrorist group from Lebanon to infiltrate Syria in the Tal Kalakh area in the countryside of Homs.”

A Lebanese Army spokesperson told The Daily Star the Army was working to confirm the report.

A security source confirmed that one person had been killed. The state-run National News Agency identified the deceased as Syrian Kh.H.. He was reportedly taken to a hospital in Tal Kalakh.

The source said that another man, identified as Mahmoud Jabouri, had been wounded but had survived after fleeing back into Lebanese territory. The source could not confirm the nature of the clash, but said gunfire was heard overnight Friday near the Akkar town of Dabbousieh.

Jabouri was reportedly on Syrian territory at the time of the clash, crossing a small river that divides Lebanon and Syria, but managed to cross back into Lebanese territory. He was treated at the al-Khair hospital in Minyeh and has since been discharged, the source said. Lebanese security agencies are attempting to locate Jabouri in order to determine precisely what took place, the source added.

The clash reportedly occurred near a known smuggling route. It comes two days after the Lebanese Army announced it had closed more than 50 illegal border crossings across the country in an effort to crack down on cross-border smuggling.

The routes from Syria into Lebanon have been well used for years as smugglers transfer drugs and weapons but also take advantage of cheaper subsidies goods in Syria to sell on the Lebanese market.

Syrians fleeing war at home have been known to use informal routes to cross into Lebanon.

However, it has proven dangerous. 16 people, including numerous women and children, died last month as they tried to enter Lebanon. Wanted criminals in Lebanon have also used these unauthorized crossings to flee into Syria and escape authorities.

Additionally, thousands of fighters have entered Syria from Lebanese territory to fight with various groups since the beginning of the Syrian war almost seven years ago.