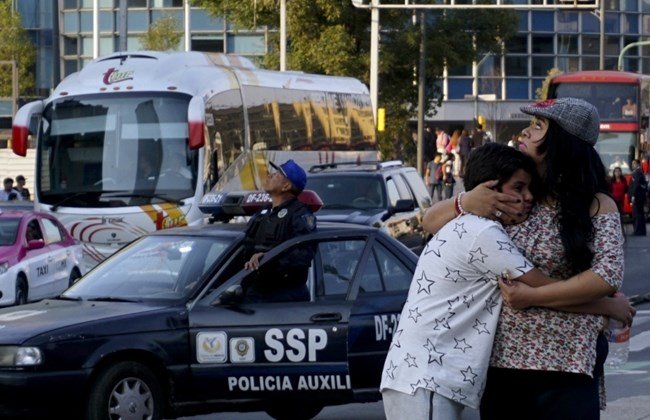 The latest on the magnitude 7.2 earthquake that hit southern Mexico at 7:55 a.m.

A military helicopter carrying Mexico’s interior secretary and a state governor who were assessing damage from a powerful earthquake has crashed in the southern state of Oaxaca, killing two people on the ground.

President Enrique Pena Nieto said via Twitter that both officials and crew were fine, but some people on the ground had been killed or injured. The Interior Department put the death toll at two.

A magnitude-7.2 earthquake shook south and central Mexico Friday, causing people to flee swaying buildings and office towers in the country’s capital. There were no reports of severe damage.