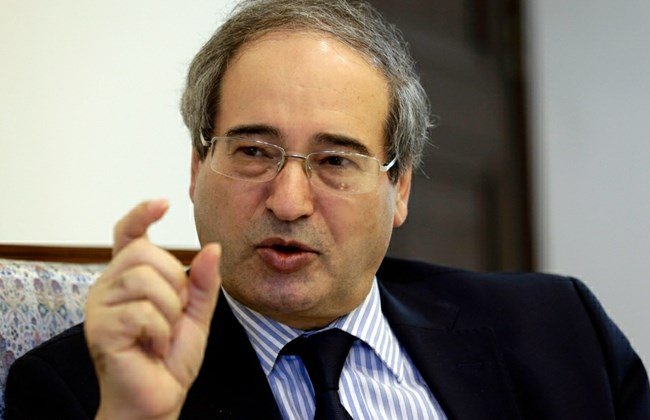 The Syrian government Wednesday denied it possessed chemical weapons and branded the use of such arms “immoral and unacceptable”, following a French warning of punitive strikes.

“Syria’s government categorically denies possessing… chemical weapons. We consider the use of such arms as immoral and unacceptable, whatever the context,” said Deputy Foreign Minister Faisal Mekdad, quoted by state news agency SANA.

On Tuesday, France’s President Emmanuel Macron warned his country would launch strikes if proof emerged that the Syrian regime had used banned chemical weapons against its civilians.

According to Washington, at least six chlorine attacks have been reported since early January in rebel-held areas, resulting in dozens of injuries.

Damascus last month also denied carrying out chemical attacks and its ally Moscow denounced such charges as a “propaganda campaign”, stressing the perpetrators had not been identified.

France, like the United States, suspects the Syrian regime but says it does not yet have concrete evidence on the nature and origin of the attacks.

Damascus has repeatedly been accused of using chemical weapons, with the United Nations among those blaming government forces for an April 2017 sarin gas attack on the opposition-held village of Khan Sheikhun that left scores dead.

In retaliation for that alleged attack the U.S. carried out cruise missile strikes on a Syrian regime airbase.

UN gets report on Gaza catastrophe