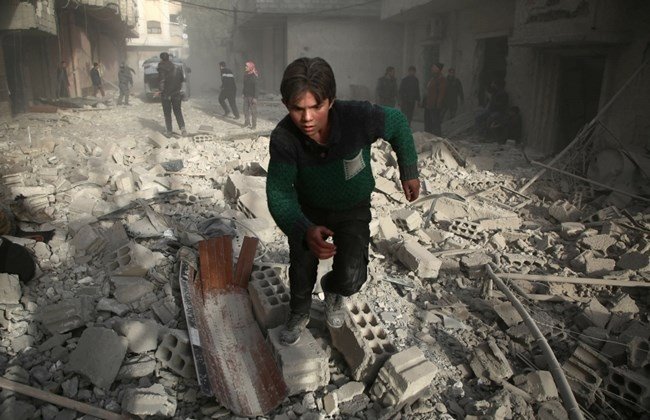 The first aid convoy since November entered the Syrian rebel enclave of Eastern Ghouta Monday, the U.N. said, after intensive bombardment by the army killed more than 250 civilians last week.

Some 400,000 people live in the enclave outside Damascus where they have been under siege by the army since 2013, facing severe food and medicine shortages.