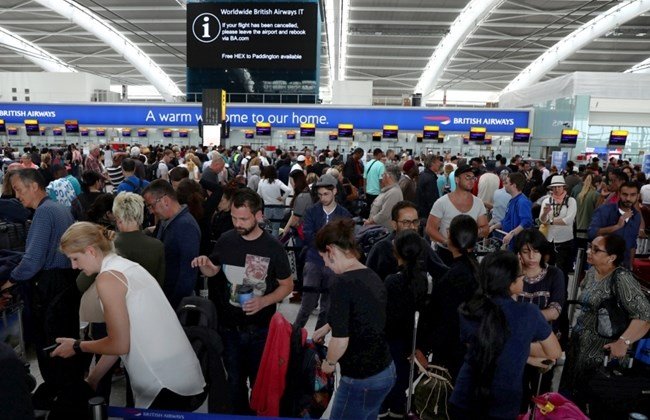 Two airport vehicles collided on the airfield at Heathrow Airport Wednesday, killing one man and injuring another.

The Metropolitan Police force said its officers were called just after 6 a.m. to a crash on the taxiway.

It said one man suffered a broken shoulder in the incident and was in a non-life threatening condition. The other, a man in his 40s, was taken to a hospital, where he died.

The airport said it was working with police to investigate the accident, which did not involve any passengers.

It said the airfield remains open and staff were working to keep disruption to a minimum. British Airways reported delays to “a small number of our flights.”