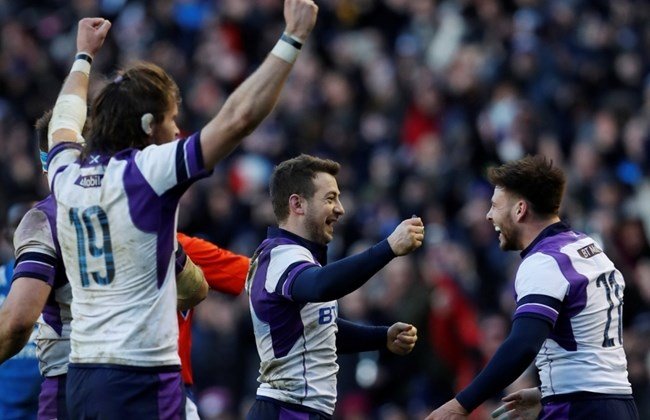 Scotland rebounded from its mauling in Wales by fighting back to beat France 32-26 in Six Nations rugby at Murrayfield, with a string of successful penalty kicks by recalled scrumhalf Greig Laidlaw completing the turnaround on Sunday.

Right winger Teddy Thomas crossed for two tries in the opening 27 minutes to help the French to a 20-14 lead at halftime.

They were also six points ahead at 26-20 going into the final 20 minutes, but Laidlaw booted four penalties in a row in his first start in nearly in a year because of injury and involvement in the British and Lions tour of New Zealand.

Laidlaw finished with 22 points, from six penalties and two conversions off first-half tries by Sean Maitland and Huw Jones.

France has started with back-to-back defeats after losing to Ireland 15-13 in Paris last week. Scotland was thrashed 34-7 by Wales in round one.

Olympic skiing delays no fun for anyone