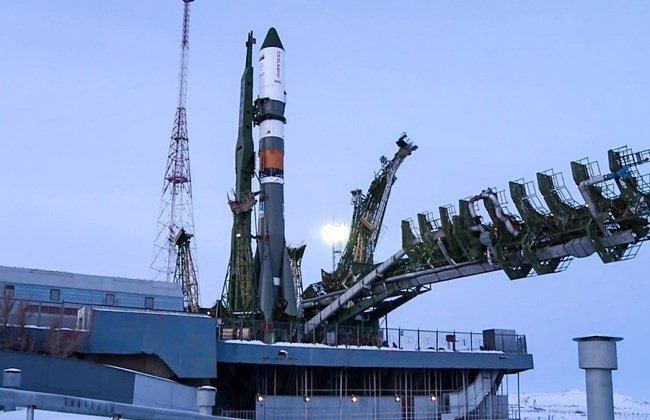 Russia has scrubbed the planned launch of an unmanned cargo spacecraft that was to have delivered tons of supplies to the International Space Station.

Preparations for the launch of the Progress ship from the Baikonur complex in Kazakhstan appeared to be proceeding smoothly Sunday until less than a minute before the liftoff.

Roscosmos, the Russian space agency, said the launch was halted after an automated command, but said the reason for the command was under investigation. It said the launch is rescheduled for Tuesday.

The Russian spacecraft carry fuel, food and other supplies to the ISS. This one was to have attempted a new fast route to the station, docking just 3.5 hours after launch after just two Earth orbits.

There are six astronauts currently aboard the ISS – two Russians, three Americans and one from Japan.

Related Topics:An-148AntonovEuropeKazakhstanOrenburgOrskRussiaSpace Station
Up Next