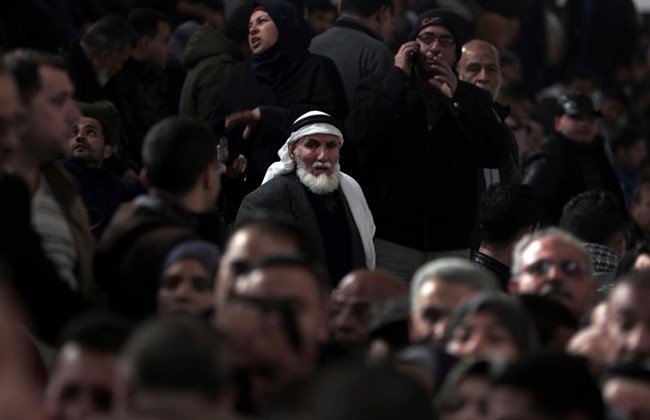 Thousands of Palestinian travellers gathered at Gaza’s border crossing with Egypt on Thursday hoping for a brief chance to leave after Cairo temporarily opened a frontier it largely keeps closed as it battles a militant insurgency on the other side.

Israel also maintains tight restrictions on its border with the Gaza Strip, meaning the 2 million Palestinians who live there are rarely able to leave the densely-populated enclave in which the Hamas movement is the dominant armed force.

In a wheelchair and helped by his wife and daughter, 74-year-old Awni An-Najar said at Rafah crossing that he sought to enter Egypt for treatment of his broken hip.

“Patients must be allowed to travel freely. I want to be able to walk again,” he said.

Egypt tends to open the frontier temporarily a few times a year, usually with short notice and little explanation. The latest opening began Wednesday with no advanced announcement at all.

The Palestinian embassy in Cairo “extended gratitude to President Abdel-Fattah Al-Sisi for his care to alleviate the suffering of the Palestinian people,” it said in a statement.

The Egyptian foreign ministry did not immediately respond to a request for comment.

It was only the second time in more than a decade that the border was opened while unarmed security officers of the Western-backed Palestinian Authority, rather than Hamas, guarded the Palestinian side.

A reconciliation agreement in October between Hamas and the Fatah movement of Palestinian President Mahmoud Abbas gave the PA control of the Rafah crossing for the first time since Hamas seized control of Gaza in 2007. Egypt opened the border briefly in December.

Gazans have hoped PA control could be a step towards the permanent reopening of the frontier, ending a state of de facto blockade imposed by Israel and Egypt for security reasons, which has destroyed the territory’s economy leaving Gaza with the world’s highest unemployment rate according to the World Bank.

So far, Egyptian authorities say a permanent opening of the border depends on security on the Egyptian side, where they have been battling an increasingly violent militant insurgency.

Because of the lack of prior notice, only several dozen travellers arrived in time to cross Wednesday. A far bigger crowd turned up Thursday. Rafah will close again after nightfall Friday.

Egypt has accused Hamas in the past of aiding the Sinai insurgents, an allegation the movement denies. In recent months, Hamas has stepped up security along the border.

Israel hopeful about Saudi overflights for airliners to Tel Aviv