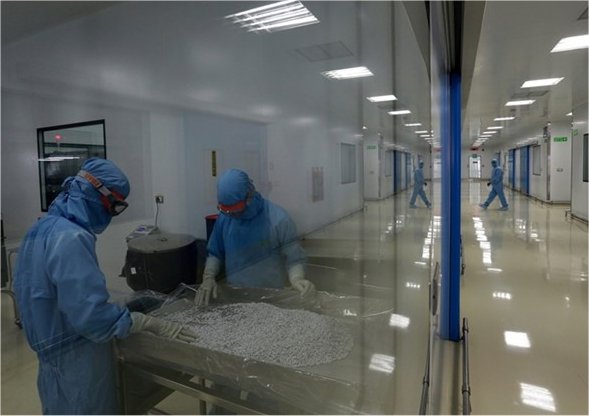 India is investigating claims an unlicensed doctor infected at least 46 people with HIV by re-using syringes, the latest case to expose the paucity of healthcare in the country of 1.25 billion.

Police in Uttar Pradesh have registered a criminal case against Rajendra Yadav, who provided cheap door-to-door medical services to poor villagers in the northern state.

India has only limited public healthcare services and that, combined with a lack of regulation, has allowed unlicensed doctors to thrive, particularly in rural areas.

The latest case was exposed when government medical screenings uncovered a high concentration of human immunodeficiency virus (HIV) cases in the Unnao district of Uttar Pradesh.

“All these 46 cases are from specific localities within our district,” Unnao’s chief medical officer S.P. Choudhary told AFP.

“This is when we decided to dig deeper. Some of the infected blamed the quack and his use of a single syringe.”

But Choudhary said Yadav, who is still on the run, was unlikely to be the sole factor in the high number of cases.

“We don’t think that the quack doctor alone could be a factor for these numbers,” he told AFP.

“The area has a high migrant trucker population, and the prevalence of unprotected sex could be the likely reason.”

India has 2.1 million people infected with HIV, according to the United Nations, although the rate of infection is falling.

Last week the government announced a national healthcare scheme for half a billion people, but did not give details of how much it would cost or how it would be funded.

India spends a little over one percent of GDP on public healthcare – one of the lowest proportions in the world – a sum the government is aiming to increase to 2.5 percent by 2025.