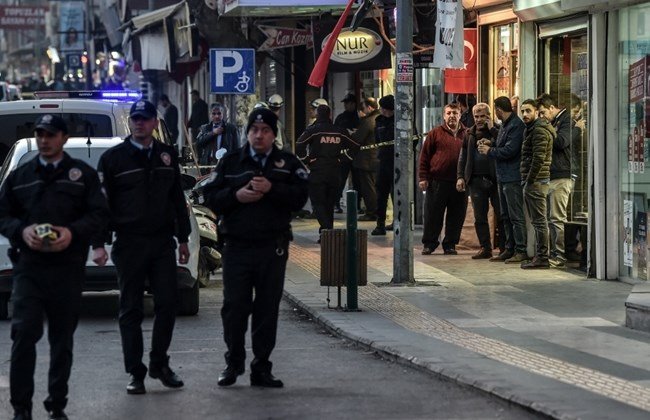 It said counter-terror police squads targeted suspects believed to have acted on behalf of the extremists, going to conflict zones in Syria and Iraq and preparing urban attacks in Turkey.

Simultaneous police raids were carried out on 16 addresses in 10 districts of Istanbul, the agency said, without specifying when the operation was conducted.

The Anadolu report did not specify what evidence police had against the suspects but said police seized digital materials and documents during the raids.

Turkey has been a partner in the U.S-led coalition against Daesh fighters, detaining more than 5,000 Daesh suspects and deporting several thousand foreign militants in recent years.

Turkish police previously stepped up operations against Daesh suspects at the end of last year ahead of the first anniversary of a New Year gun attack on a nightclub in Istanbul in which 39 people were killed.

Daesh claimed responsibility for that shooting, which was one of a series of attacks believed to have been carried out by the extremists in Turkey in recent years.