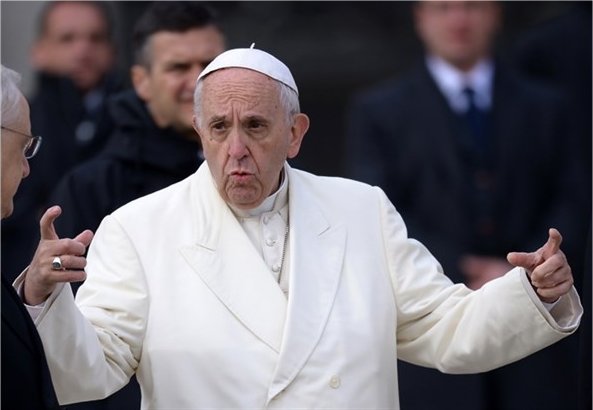 The Vatican is moving closer to a historic agreement with China over the major stumbling bloc of who ordains bishops, a source close to the matter told AFP Friday, with seven Beijing-appointed bishops due to earn recognition.

“Things are moving,” the source said, confirming a Wall Street Journal report about what would be a significant concession by the Vatican to legitimize the Beijing bishops.

The Holy See “hopes [the concession] will lead Beijing to recognize his authority as head of the Catholic Church in China,” the Journal said quoting a “person familiar with the plan”.

AFP’s source could not offer a date for an official accord, saying it could still take some time as complex negotiations launched three years ago continue.

The Vatican has in the past officially ex-communicated three of the seven bishops to be recognized by Pope Francis, said an expert on the Catholic Church in China.

China’s roughly 12 million Catholics are divided between a government-run association, whose clergy are chosen by the Communist Party, and an unofficial church which swears allegiance to the Vatican.

The situation is however complex because the Vatican has previously accepted several bishops appointed by Beijing, officially an atheist regime.

The issue flared up again after two underground Chinese bishops, recognized by the pope, were asked by a top Vatican diplomat to resign in favor of state-sanctioned prelates, including one who was ex-communicated by the Vatican in 2011.

That was first reported in January by the Vatican-linked AsiaNews website and confirmed Monday by Cardinal Joseph Zen, bishop emeritus of semi-autonomous Hong Kong, who is a staunch opponent of any rapprochement between the Vatican and Beijing.

The long-stalled negotiations finally seem to be close to solving the issue of who ordains the bishops.

Cardinal Pietro Parolin, the Vatican number two, noted Wednesday in an interview with the Vatican Insider: “In China there are not two Churches, but two communities of faithful called to follow a gradual path of reconciliation towards unity.”

The search for unity, at the core of the Holy See’s diplomatic drive, clearly includes the “crucial” question of the bishops, he added, saying some people may be asked to make “sacrifices … for the good of the Church.”

Beijing and the Vatican severed diplomatic relations in 1951, and although ties have improved in recent years as China’s Catholic population grows, they have remained at odds over which side has the authority to ordain bishops.

The question of Taiwan also looms large over hopes of China and the Vatican one day resuming relations.