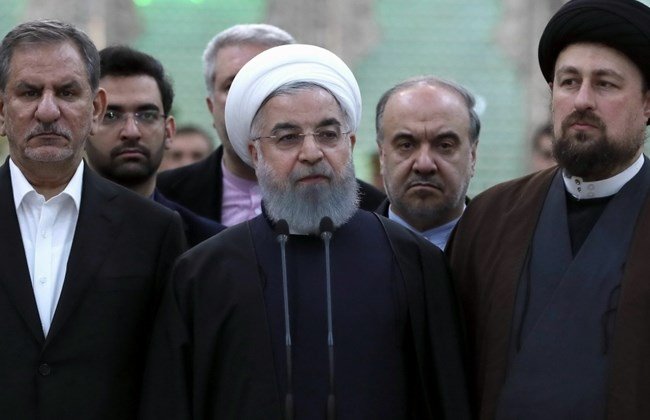 Iranian President Hassan Rouhani said Wednesday that the people of Iran will continue supporting the Islamic Republic despite foreign pressure.

His comments came just hours after President Donald Trump said the U.S. stands with the people of Iran against the country’s ruling establishment. Rouhani spoke during a visit to the mausoleum of the Ayatollah Ruhollah Khomeini, the founder of the Islamic Republic.

Rouhani said in remarks broadcast by state TV: “The Iranian nation will never give up Imam Khomeini’s legacy; Islamism and Republicanism. Return is impossible.”

During his State of the Union address, Trump called the Islamic Republic a “corrupt dictatorship” and said “America stands with the people of Iran in their courageous struggle for freedom.”

US, Qatar reach agreement on subsidy spat with airlines