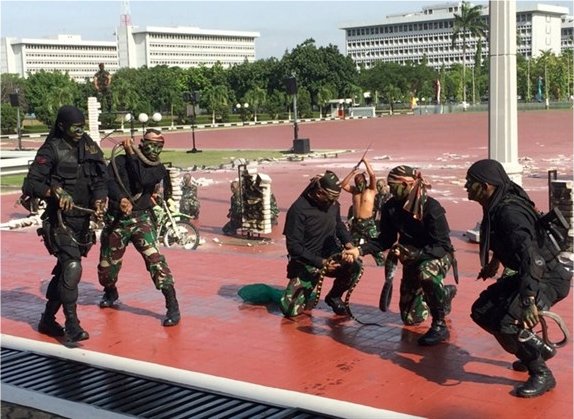 A group of suspected animal traffickers have been arrested in Indonesia for selling crocodiles, pythons and other protected species through Facebook and the messaging service WhatsApp, police said Wednesday.

The case is the latest example of how social media has become a key online market place for animal traffickers as conservationists warn that tech giants have not done enough to halt the trade on their platforms.

The seven suspects, who were arrested at separate locations in and around Jakarta last week, bought the animals for just 300,000 rupiah ($22) each before re-selling them online for between two million and five million rupiah, authorities said.

“The suspects put the animals up for sale on a Facebook page or via WhatsApp,” Jakarta police spokesman Argo Yuwono, said.

“Interested buyers were asked to meet and the animals were handed over to them,” he added.

The suspects have been charged under Indonesia’s environment law which carries a maximum penalty of five years in prison.

The for-sale animals, including some rare species endemic to Indonesia, were brought to the capital Jakarta from the jungles of Java and Sumatra islands, Yuwono said.

The animals were handed over to Jakarta’s conservation agency.

Earlier this month conservation watchdog TRAFFIC warned that Facebook had emerged as the top site for wildlife trafficking in the Philippines with thousands of endangered crocodiles, snakes and turtles illegally traded in just three months.

Indonesia is one of the world’s most biodiverse countries making it a lucrative market for the illegal trade in wildlife, which has brought some endangered species to the brink of extinction, activists say.

TRAFFIC has also warned that the illicit sale of pangolins has seen thousands of the critically endangered animals smuggled out of Indonesia every year.

Related Topics:AsiacrocsIndonesiaJakartapythonsSocial Media
Up Next