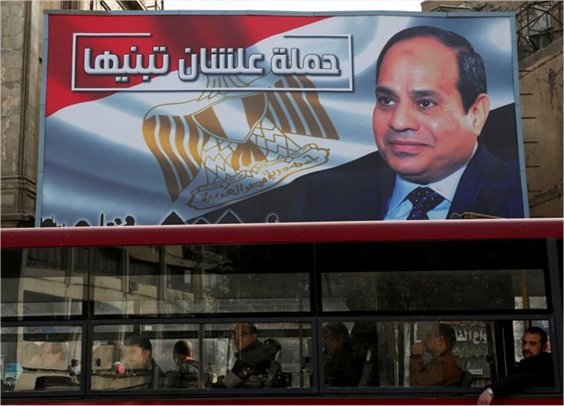 Egypt’s president has given a thinly veiled but stern warning to opposition politicians calling for a boycott of presidential elections in March, saying he would die first before allowing anyone to mess with the country’s security.

A clearly furious Abdel-Fattah al-Sisi, a general-turned-president, spoke Wednesday a day after a coalition of opposition parties and public figures called for a boycott of the March 26-28 vote, which they described as a farce.

Sisi is virtually certain of winning a second four-year term in office.

Without directly mentioning the boycott call or the March vote, Sisi said he would take “measures” against anyone who disrupts Egypt’s stability.

He says: “You seem not to know me well enough, but by God, the price of Egypt’s security is my life and the life of the army.”

UN to slap sanctions for hate speech in C. Africa