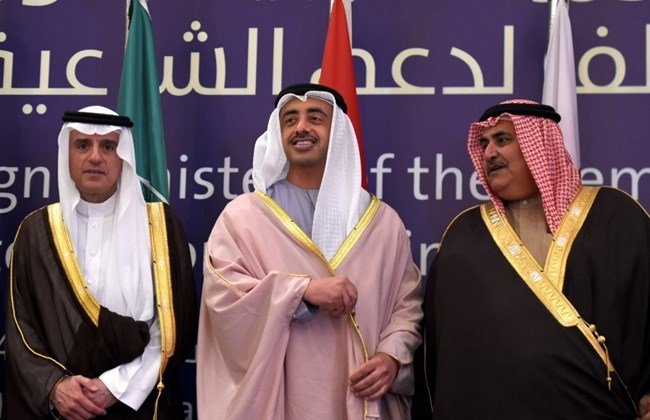 A court in Bahrain Wednesday sentenced 58 people on terrorism charges, condemning two of them to death and stripping citizenship from 47, state news agency BNA reported.

The ruling is the latest in a series of scores of harsh penalties in the Western-allied Gulf kingdom for defendants accused of Iranian-backed militancy but who activists say are mostly peaceful opposition members.

Alleging they were part of a terrorist cell trained in the use of heavy weapons and explosives, the court jailed 19 for life and 37 for terms up to 15 years.

Bahrain accuses mainly Shiite Iran of stoking militancy in the kingdom, which Tehran denies. Bahrain, a strategic island where the U.S. Navy’s Fifth Fleet is based, has a Shiite Muslim majority population but is ruled by a Sunni royal family.

Bahrain has seen occasional unrest since 2011 when authorities crushed protests mainly by the Shiite community demanding a bigger role in running the country.

A London-based Bahraini activist rights group, the Bahrain Institute for Rights and Democracy, condemned the ruling.

“Today’s ruling is the latest episode in Bahrain’s travesty of justice, and likely one of the most cruel. The authorities have further proved their willingness to exploit the vulnerability of its citizens,” Sayed Ahmad Alwadaei, director of advocacy at BIRD, said in a statement.

Teen killed in Turkey by rockets from Syria