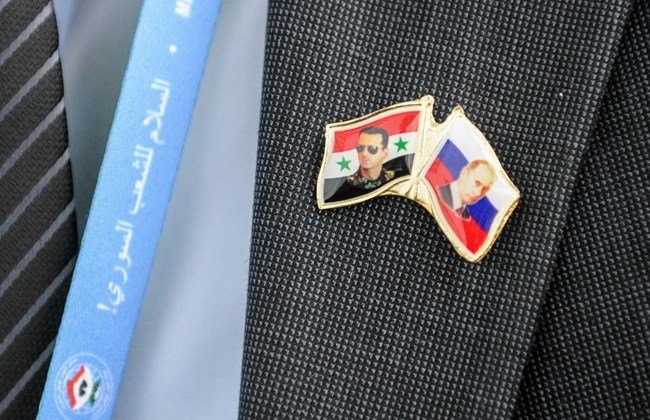 A Syrian peace conference in Russia got off to a rocky start Tuesday after some delegates opposed to President Bashar Assad refused to leave the airport on arrival and the Russian foreign minister was subjected to hostile heckling.

Russia, a staunch Assad ally, is hosting what it has called a Syrian Congress of National Dialogue in the Black Sea resort of Sochi that it hopes will launch negotiations on drafting a new constitution for Syria after almost seven years of war.

But in a blow to Moscow, which has cast itself as a Middle East peace broker, the event has been boycotted by the leadership of the Syrian opposition, while powers such as the United States, Britain and France are not there because of what they say is the Syrian government’s refusal to properly engage.

Western countries support a separate U.N.-mediated peace process, which has so far failed to yield progress toward ending the war now entering its eighth year. The latest round of talks took place in Vienna last week.

Russian Foreign Minister Sergei Lavrov helped open the conference on Tuesday by reading out a statement from President Vladimir Putin saying the conditions were ripe for Syria to turn “a tragic page” in his history.

But some delegates stood up and began heckling him, accusing Moscow of killing civilians in Syria with its air strikes.

The incident was broadcast on Russian state TV where two security guards were shown approaching one man in the audience indicating that he should sit down.

Other delegates shouted out their support for Russia. Lavrov told the delegates to let him finish speaking, saying they would have their say later.

In another setback, one group of delegates, which included members of the armed opposition who had flown in from Turkey, refused to leave Sochi airport until Syrian government flags and emblems were removed.

“We will go back to Turkey,” Ahmad al-Burri, who has taken part in Syrian peace talks in Kazakhstan, told Reuters by phone.

“Whatever happens we will not enter Sochi. We informed them [the Russians] of our conditions that they should remove all the logos and flags representing the Syrian government.”

Mohammed Adnan, a journalist and member of the Syrian opposition based in Turkey, said there were about 70 people in the group at the airport and that they were waiting for a plane to take them back to Ankara.

Artyom Kozhin, a senior diplomat at the Russian Foreign Ministry, said the start of the congress had been delayed because the organizers had been waiting for many of the delegates and observers to arrive.

“Some problems have arisen with a group of the armed opposition that has come from Turkey which has made its participation dependent on additional demands,” Kozhin wrote on social media.

Lavrov had spoken by phone twice to his Turkish counterpart and been told that the problem would be resolved, said Kozhin.

Russian officials have complained of attempts to sabotage the conference, which was originally billed as a two-day event but was reduced to a one-day event at the last minute.