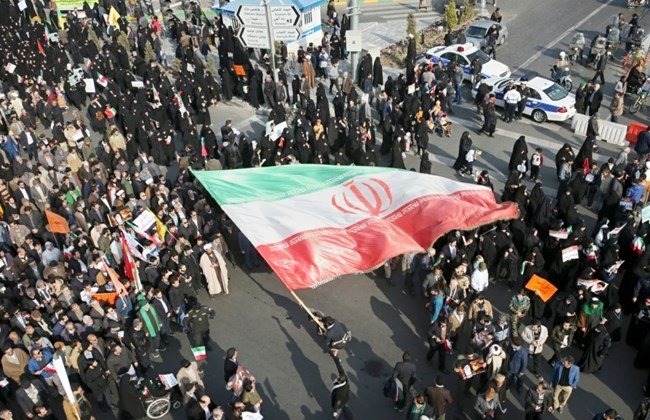 The Iranian authorities have released most of the people arrested during December’s anti-government protests but around 300 remain in jail facing charges, Iran’s interior minister said Tuesday.

Judicial officials have said around 1,000 people were arrested during the week-long protests which spread to around 80 towns and cities across Iran. One lawmaker has put the figure at 3,700.

Sparked by soaring food prices, the protests – the biggest in Iran since nationwide pro-reform unrest in 2009 – took on a rare political dimension, with a growing number of people calling on Supreme Leader Ayatollah Ali Khamenei to step down.

Clashes between protesters and police resulted in 25 deaths, according to official figures.

“Less than 300 people who committed a crime during the recent unrest remained in jail and their cases in under judicial process,” Interior Minister Abdolreza Rahmani Fazli was quoted as saying by Tasnim news agency.

Rahmani Fazli said that in Tehran, only nine people remained in detention.

The Center for Human Rights in Iran, a New York-based advocacy group, said on Friday some detainees arrested in the protests are facing charges that are punishable by death.

The head of the judiciary, Sadeq Larijani, asked the courts this month to show mercy on those who peacefully protested and only punish those who damaged public properties and “followed the enemies’ orders.”

Several detainees have died in custody. The judiciary has confirmed two such deaths but said these were cases of suicide. Activists say up to five people died in detention and have called for an independent investigation.