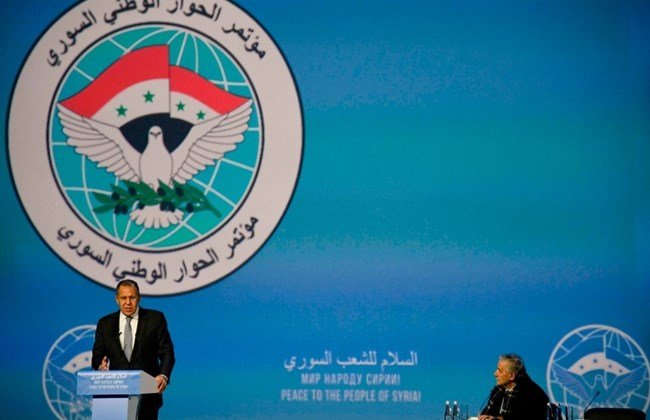 Some delegates at a Syrian peace congress in Russia stood up and heckled Russian Foreign Minister Sergei Lavrov during a speech he was making Tuesday, accusing Moscow of killing civilians in Syria with its air strikes, a Reuters witness said.

The incident was also broadcast live on Russian state TV where two security guards were shown approaching one man in the audience indicating that he should sit down and be quiet.

Other delegates at the conference in the Russian Black Sea resort of Sochi stood up at the same time and shouted their support for Russia, the Reuters witness said.

Lavrov told the delegates to let him finish speaking, saying they would have their own say later on Tuesday.