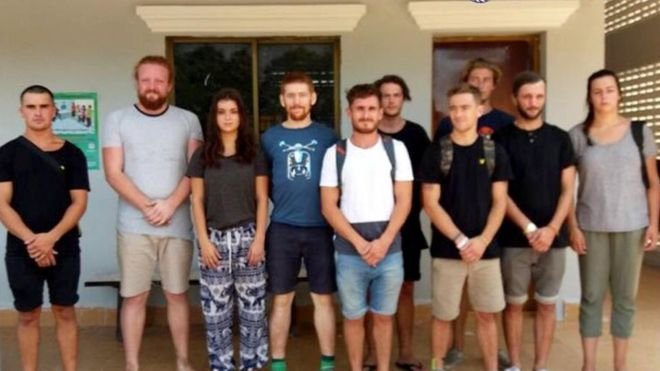 Prosecutors in Cambodia have charged 10 foreigners, including five Britons, with producing pornographic images after raiding a villa in Siem Reap.

They were arrested on Thursday after images emerged of people apparently imitating sexual positions at a party in the north-western town.

If convicted, they face up to a year in prison.

Cambodia has in recent years been penalizing tourists for publishing revealing images of themselves.

Also among those arrested are citizens of Canada, New Zealand, the Netherlands and Norway, reports say.

The foreigners have been held in Siem Reap, the town near Cambodia’s famous ancient ruins of Angkor Wat.

However, several people in the pictures from the party do not appear among those held, reports say.

Britain’s Foreign Office said it was providing assistance to the arrested UK nationals.

Deadly attack on Kabul military base