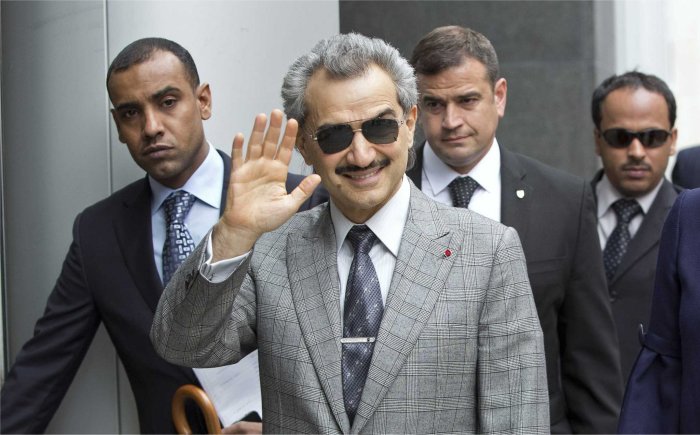 One of the world’s richest men, Prince Alwaleed bin Talal, has been released two months after being detained in Saudi Arabia’s anti-corruption purge.

He was freed after a financial settlement was approved by the state prosecutor, an official said.

Prince Alwaleed was held in November by a new anti-corruption body headed by the Saudi crown prince.

More than 200 princes, politicians, and wealthy businessmen were detained in the crackdown.

Since then, they have been held in the Ritz Carlton hotel in Riyadh, which is due to reopen on 14 February.

Prince Alwaleed is the most high-profile detainee to have been released so far. Speaking to Reuters news agency before his release he said that no charges had been laid against him and expressed support for Crown Prince Mohammed bin Salman.

The multi-billionaire has a vast array of business interests across the world, including holdings in Twitter and Apple.

In November, Forbes estimated his net worth at about $17bn, making him the 45th richest man in the world.

Officials say he will remain as head of his company, Kingdom Holding.

Other high-profile figures that have been set free include Waleed al-Ibrahim, the head of MBC television network, and Khalid al-Tuwaijiri, a former chief of the royal court.

They have paid substantial financial settlements, reports say – though the amounts have not been made public.

Prince Miteb bin Abdullah, who was released at the end of November, paid more than $1bn.

Media reports suggest that Mr al-Ibrahim’s deal may have included his controlling share in MBC – the largest media company in the Middle East.

The anti-corruption drive was instigated by Prince Mohammed bin Salman – who has been accused of using the investigation to remove opponents and consolidate his power.

In the aftermath of the purge, Saudi Arabia’s attorney general said at least $100bn had been misused through systemic corruption and embezzlement going back decades.

The detentions – and the expensive settlements – are being characterised by the state as an attempt to recover those funds.

Many more of those detained remain in the Ritz Carlton under guard, until it reopens for Valentine’s Day in mid-February.

Those who do not reach settlements before then are expected to be sent to prison to await trial.