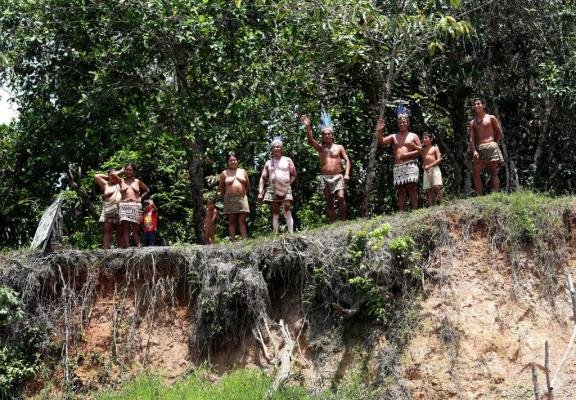 Peruvian lawmakers approved a bill that will allow the government to build roads in remote regions of the Amazon rainforest that are home to indigenous groups.

The law, which was described as a “priority of national interest” by the government on Monday, has been condemned by indigenous leaders and conservationists

Lizardo Cauper, head of Peru’s federation of native Amazon peoples, Aidesep, told The Guardian that the infrastructure projects in the remote Amazon regions don’t benefit the indigenous people living there.

“This is an area with isolated people who are extremely vulnerable,” he said. “Roads bring outsiders who traffic our land, log our timber, as well as drug traffickers and illegal miners.”

The law, which was expected to be approved Monday, has been a point of contention in the country for months and Pope Francis addressed the issue during a visit to the region last week.

“The native Amazonian peoples have probably never been so threatened on their own lands as they are at present,” he said, according to Mongabay. “Amazonia is being disputed on all fronts. There is the pressure being exerted by great business interests that want to lay hands on its petroleum, gas, lumber, gold and other forms of agro-industrial monocultivation…We have to break with the historical paradigm that views Amazonia as an inexhaustible source of supplies for other countries without concern for its inhabitants.”

But the Catholic leader’s words had little effect on lawmakers Monday and several new roads are expected to soon be in the works.

The most major road project will span 172 miles through the Amazon rainforest, connecting the towns of Puerto Esperanza and Iñapari along the Peru-Brazilian border.

According to an analysis of the Monitoring of the Andean Amazon Project, the planned route crosses three critical protected areas and indigenous reserves — the Madre de Dios Territorial Reserve, Alto Purús National Park and Purús Communal Reserve — and 680,000 acres of primary forest are at risk.