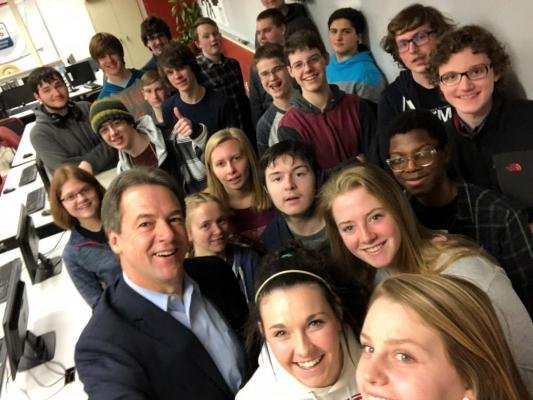 “There has been a lot of talk around the country about how to respond to the recent decision by Federal Communications Commission to repeal net neutrality rules, which keep the internet free and open. It’s time to actually do something about it,” Bullock said in a statement. “This is a simple step states can take to preserve and protect net neutrality. We can’t wait for folks in Washington, D.C to come to their senses and reinstate these rules.”.

Bullock, a Democrat, is the first governor to attempt to thwart the Republican-led Federal Communications Commission’s decision to repeal net neutrality. But other states have also responded to the FCC’s actions.

And last week when 21 states sued the agency for repealing net neutrality.

With different states enacting different rules on net neutrality, ISPs say they could run into problems.

“Following patchwork of legislation or regulation is costly and makes it even harder to invest in networks,” Matt Polka, president of the American Cable Association, an ISP lobbying group, told The New York Times.

But Bullock said Monday that his actions were based on consumer choice.

“When the FCC repealed its net neutrality rules, it said consumers should choose,” Bullock said Monday. “The State of Montana is one of the biggest consumers of internet services in our state. Today we’re making our choice clear: we want net neutrality. It’s good government, and our citizens who use online services rely on it.”

Two dead and 17 hurt in US school shooting