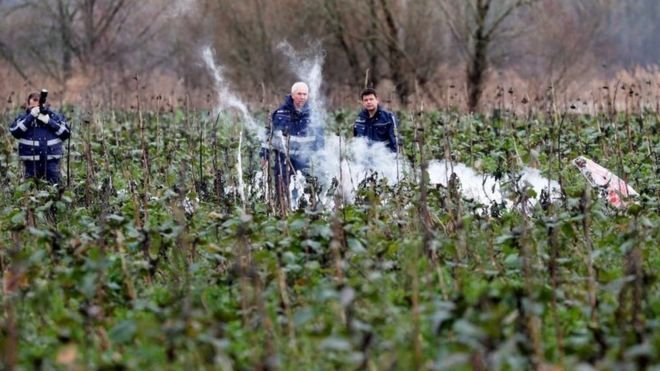 A small plane and a helicopter have collided in south-western Germany killing four people, police say.

A rescue helicopter which had been on a training flight was involved in the crash above the town of Philippsburg, air rescue organisation DRF said.

The cause of the crash is still unclear. The area where it happened has been cordoned off.

DRF said the victims were the two helicopter pilots and the two occupants of the plane.

“We do not yet know who was in which aircraft,” a police spokesman was quoted as saying by German broadcaster Deutsche Welle.

He declined to say whether there may be other victims.

The crash scene is about five kilometres (three miles) east of Philippsburg, a town which has an operating nuclear power plant.